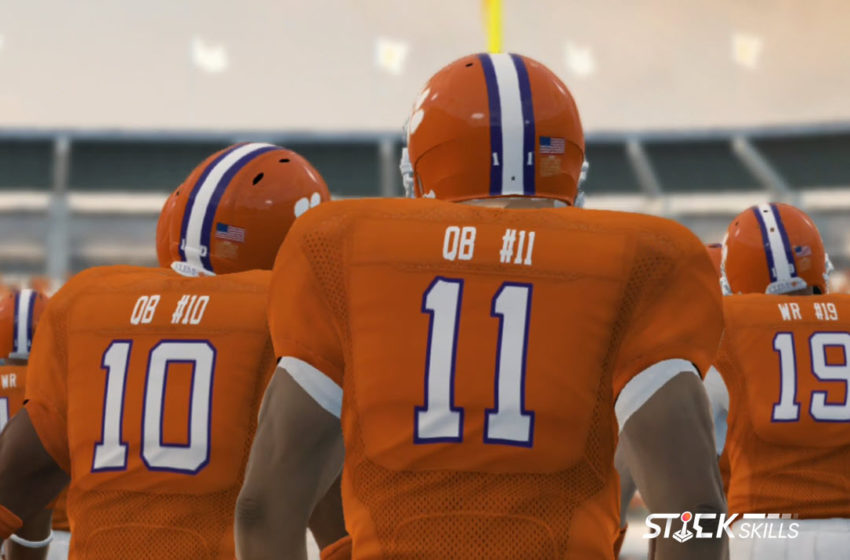 A couple days ago we reported the 12 teams not covered by EA Sports’ agreement with the Collegiate Licensing Company.

As a refresher, those teams are:

There were immediate questions about which teams are covered by which agreements so today we are going to look into those questions in more detail.

Note: Northwestern University just announced that they are opting out of the game until players benefit financially.

To be clear, the game is still a year or 2 away and plenty can change during that time. This is just our best understanding of the landscape as it stands currently.

In this article, we are mostly going to focus on one key piece of the puzzle that is still outstanding: JMI Sports.

One way to understand the relationship between the CLC and JMI Sports is if the CLC is Nike, JMI Sports is Under Armour. They are competitors in the same industry with the CLC being the dominant player and JMI Sports being the relatively young upstart who is slowly making in-roads with some of the biggest programs in the country.

Over the last few years JMI Sports has made agreements with a handful of colleges and conferences that are a few of the key holdouts who may not be in the upcoming EA Sports College Football 23 video game.

We are going to take a look at a few of the schools and conferences that JMI Sports has a relationship with starting with the University of Kentucky.

Here are some of the highlights that the deal includes:

It is a little hazy whether or not the deal would cover the WIldcats’ inclusion in EA Sports’ College Football game. It is likely covered under the final bullet point and would be a decision left up to the school.

Our friends over at Kentucky Sports Radio got into contact with the University of Kentucky over their potential exclusion from the game and got this response.

“It’s exciting that EA Sports is engaging in a college football game again. Currently, we are reviewing what they have proposed to our trademark licensing agency.”

From the above quote, it is pretty clear that EA Sports has made a proposal to JMI Sports and is attempting to get their clients in the game.

The University Of Notre Dame, who already opted out of being included in EA Sports College Football, is also a JMI Sports client through a joint venture between JMI Sports and Legends.

Other notable JMI Sports clients include:

It should be noted that Clemson already has a deal in place with EA Sports to use their name, logos, and uniforms in Madden 21 so it is a pretty safe bet that they will be in the new college football game. That being said, they are not covered by the CLC agreement so they have to work out a separate deal.

The CLC owned a majority of Clemson’s multimedia rights from 2001-2016 but a new deal with JMI Sports went into affect in June 2017 and lasts through 2024.

The JMI Sports deal with Clemson is a 7 year $68 millon agreement which awards them Clemson’s athletic multimedia rights and campuswide marketing rights during that tme.

Whether or not the Unviersity of Georgia is covered by the CLC is a tough one to understand without seeing the actual agreement (which isn’t public).

In 2017 the University of Georgia signed a 10 year $152.5 million agreement in a joint venture between IMG College (the parent company of the CLC) and JMI Sports.

Depending on how that agreement is structured, Georgia could be covered by the CLC agreement or they could not be.

So far there has been no word from Georgia on if they plan on being a part of the game.

JMI Sports became the holder of multimedia rights for the University of Pittsburgh in 2019. Terms of and length of the deal were undisclosed. Prior to 2019, Pittsburgh had a deal with CLC.

Both the Mountain West Conference and the MAC are represented by JMI Sports.

The JMI Sports deal with the MAC only recently went into affect in July 2020. It runs through the 2029-2030 academic year.

The JMI Sports deal with the Mountain West also started in July 2020 but it is a 12 year deal running through the 2031-2032 academic year.

If EA Sports doesn’t sign a deal with the JMI Sports represented schools and conferences, we’ll still have a pretty complete game. That is of course assuming that none of the schools covered by the CLC agreement drop out in the next few years.

Even so, getting a few of the JMI Sports clients on board would just about complete all of the missing pieces to make EA Sports College Football a complete game.

As time passes, pressure will mount on both EA Sports and the Universities holding out.

Colleges won’t want to be one of the few schools not in one of the most hyped sports video game of the last decade. Likewise, EA Sports will have an incentive to include as many Universities as possible to make the game feel more authentic.