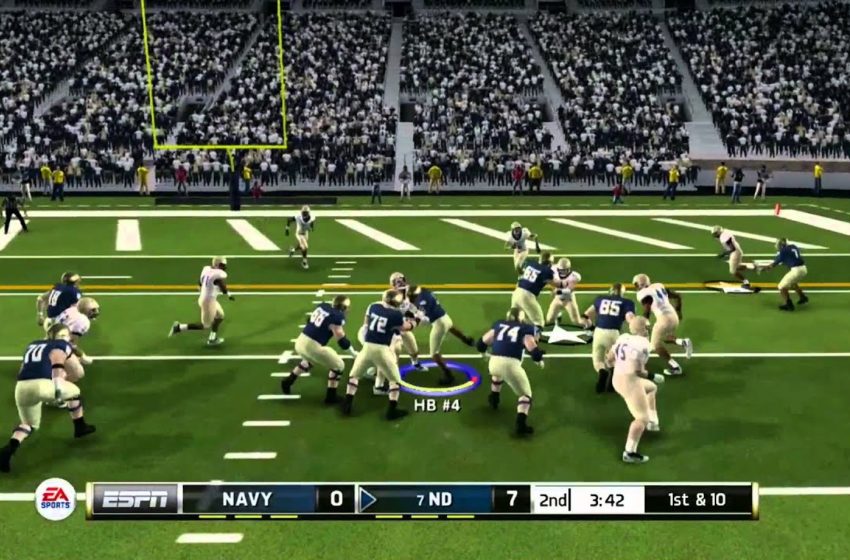 Notre Dame has opted out of participating in the new EA Sports college football video game set to come out in 2022 or 2023.

Notre Dame is one of the handful of schools not covered by the deal that EA Sports made with the College Licensing Company (CLC).

As one of the biggest brands in college football, Notre Dame is one of the few schools who is realistically able to opt out.

The pressure will continue to mount as the release of the game gets closer but it is an incredibly tough position to be in as one of the only major programs not in the only college football video game and the most anticipated sports video game release of the last decade.

Many alumni will not be pleased and the program runs the very real risk of a slow erosion of their brand power as an entire generation of kids who play video games won’t be as exposed to the Notre Dame brand as they might otherwise be.

More importantly, the new generation of gamers will instead take control (and eventually become a fan of) other powerhouse programs like Alabama and Clemson.

In the last college football video game released in 2013, Notre Dame stadium was ranked in-game as the 7th toughest place to play. In the next one, they won’t be on the list.

Notre Dame Athletics welcomes the return of EA Sports College Football, a video game series that has historically promoted interest in college football. Notre Dame will not, however, participate in a game until such time as rules have been finalized governing the participation of our student athletes.

As those rules are developed, it is our strong desire that student athletes be allowed to benefit directly from allowing their name, image, and performance history to be used in the game.

To be clear, taking a principled stand on behalf of their student athletes is commendable on the part of Notre Dame considering the fairly large pay day they are turning down from EA Sports. It is must have been especially difficult considering we are living a time when Universities all over the country are struggling to bring in revenue due to the pandemic.

Some other notable teams not covered by the CLC include USC and Kentucky. There is no word yet on what those teams plan to do.

For fans of college football, having a team like Notre Dame opt out will make the game marginally less appealing but it remains to be seen whether this move will have any impact on sales.

If you are a Fighting Irish fan, how does this impact your decision on whether or not to purchase the game? Sound off in the comments!

That’s fine. Even though they have REAL gold flakes in their helmets. They’re spoiled. Did you know this team is in northern Indiana? Didn’t think so. If they don’t want to be apart of it, it’s because of money. This RELIGIOUS school. Yeah, God needs money? Stay out! Just like you did the Big Ten. You scared. I wouldn’t want to pay for a fake university anyway.