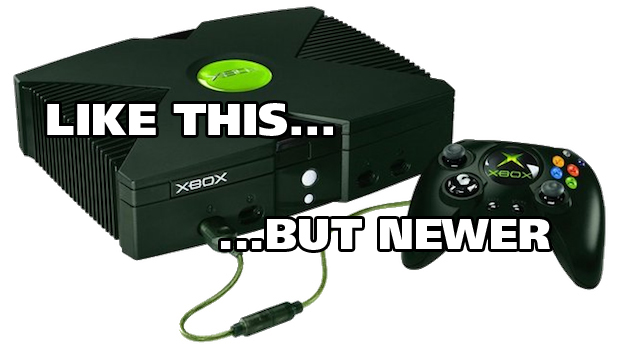 [UPDATED] Next Xbox to be announced May 21

Update: This was originally an unconfirmed rumor, but has since been confirmed by several sources, including Geoff Keighly and Larry Hryb.   Here we go! #XboxReveal mjr.mn/Zl9OW7 — Larry Hryb (@majornelson) April 24, 2013 An invitation image has also appeared: Original story: Citing an unnamed source, Game Informer has revealed that Microsoft will be holding […]Read More

Microsoft is in talks to bring back NBC’s superhero television show Heroes through the original programming on Xbox that was announced in February, TV Line reports. Nothing is set in stone just yet, but the plan is to relaunch NBC’s show, which ran from 2006-2010, with all new heroes and storylines and cameo appearances from […]Read More

Sony: PS4 will appeal to females too

When speaking to Sun City, Andrew House, president and Group CEO of Sony Computer Entertainment, said that with the PlayStation 4 Sony is aiming to create a more diverse gaming community by appealing to more than just the common male demographic. “I think the key is to have people — and increasingly women — with […]Read More

Over the last few weeks, Josiah and Angelo have explained why they think the Playstation 4 and Wii U will come out on top of the next console generation. They made some good points for sure, but they’re wrong. You could argue that the Wii “won” this generation, but while it may have accrued the […]Read More

Promoting the biggest relaunch of its NHL franchise in years, EA Sports has been giving the gaming community the hard sell when it comes to NHL 13. Releasing more campaign videos than some presidential candidates, EA is trying their damnedest to show that owners of NHLs 11 and 12 need to upgrade this year, or […]Read More