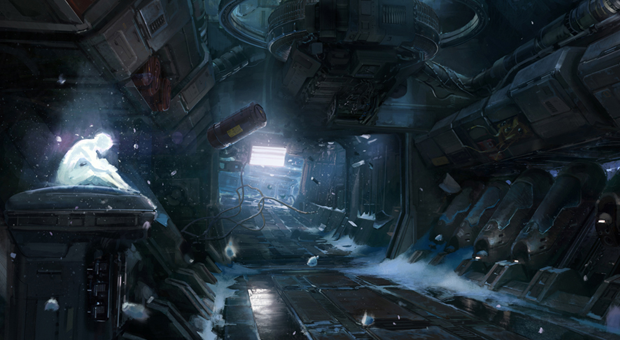 Like many, I was optimistic after the launch of Halo 4. 343 Industries had done well after Bungie handed over the reigns of Halo: Reach, so there was no reason to expect anything other than continued success. With Grifball promised at launch as a dedicated gametype, there was certainly a good level of expectation. When the game launched, however, it slowly spun out of relevance due to a perfect storm.

Spartan Ops was by far the most dividing feature of Halo 4. There were those that clearly preferred Firefight over the new take on storytelling through weekly episodes. At the same time, there were those who shared the opposite view. However, the critical media all agreed about one thing, the first half of the season was way too stale. Most of the missions were simply levels pulled from the campaign or multiplayer, which were then rehashed for a different purpose. On top of this, there are certain characters, namely Commander Palmer, who were just downright annoying. So when 343 announced that the season would have a holiday hiatus, it was more than welcomed by the community. Perhaps some time off would benefit the series. Spoiler: It did.

We’re two fifths of the way through the final half of the season and things are looking quite good. The first episode ended rather strong and even features something never before seen in the Halo franchise. The second opened with a stellar  introductory cinematic and a fight aboard the Infinity, something that was absent from the campaign. As the story begins to wind down, each and every episode will have you on the edge of your seat.

Multiplayer too has seen an overhaul. Grifball has finally been added, despite being promised at launch, and a Forge Maps playlist has also been added, allowing competitive play on maps made by the community. Normally this would have came much sooner, but for one reason or another, 343 just could not get the File Browser to work correctly. Each of these maps feel markedly classic, much to the pleasure of old school Halo fans. The playlist may be on it’s way out for the return of Team Doubles, but the maps that were satisfactory will now be implemented in playlists going forward.

On top of that, 343 has vastly increased the amount of XP given for challenges. This week’s Spartan Ops challenges alone top 30,000 XP. The monthly challenge will presumably be buffed as well when it ends in two days. Considering it’s worth less than three of the weekly challenges, it’s a pretty safe bet to make.

With Virgin Gaming’s Infinity Challenge over, 343 has returned to their weekly updates, allowing them to concentrate on getting things right. Speculating forward, the deal with Mountain Dew double XP has ended, meaning 343 will probably be able to host Halo‘s infamous double XP weekends. The negative impact these deals have had on Halo 4 have been pretty evident, sponsorships always come with fine print that limit what 343 can do during the period that the promotions are running. The lack of any special events whatsoever, in a franchise that is known for having events every weekend was simply a bad decision. One can only hope that everyone’s learned their lesson.

All of this pales in comparison to the power of the file browser. The Halo that everyone’s come to know and love is one filled with custom gametypes and swaths of friends. Most, if not all of my favorite memories involving the franchise have come at the hands of downright insanity playing custom matches. Speed, Trash Compactor, Jump Rope, the list goes on and on. Halo is meant to be enjoyed with friends, and with the return of the file browser, all of that is once again possible. Welcome back Halo.