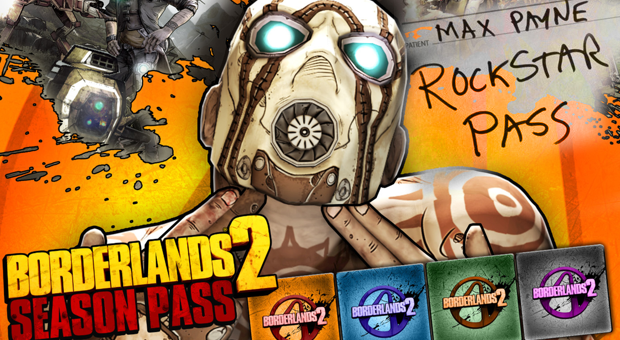 When season passes first began to trend, there wasn’t much backlash from the community. It stood as an opportunity for hardcore fans to get the downloadable content, which they were going to purchase anyway, while giving the developer and publisher a nice cash advance. While it may be tough to shell out the now large amounts of money for the likes of map packs for the next Call of Duty, season passes started rather humbly and have since become the standard for all games, especially when it comes to multiplayer.

Now this wouldn’t necessarily be a problem if games always performed as they are expected to, but the performance of a specific title is far from guaranteed. Yes, there are always some exceptions, but even huge, AAA titles are susceptible to under-performance. Just ask Rockstar Games. The developer, by and large known for its hugely successful and innovative titles, recently rebooted the Max Payne franchise with the third installment in the series. Everyone thought it was safe to assume that the title would perform well in the usual late spring/early summer slot that Rockstar typically fills. As of Dec. 15, the title has only sold a total of 1.21 million. Grand Theft Auto IV on the other hand topped 10 million while Red Dead Redemption a reboot of the unsuccessful (at least comparatively) Red Dead series sold almost half as much as Max Payne on day one.

On top of dismal sales, Rockstar was quick to announce a delay for the first multiplayer content pack. Initially slated for release in September, the Hostage Negotiation DLC saw its entire release window come and go without a single peep from the developer as to the status of the content. It wasn’t until early October that Rockstar announced that the content would be coming later that fall, as the company was clearly not confident in giving it a solid release date. This could be do to the simple fact that demand wasn’t high enough. with a lot less users demanding the content, Rockstar could get away with pushing the DLC back a bit and trying to refocus efforts elsewhere. The opportunity to capitalize on the season pass simply didn’t present itself, instead it was pushed out the door when ready.

Normally, this would be an example of a title selling worse than expected, but Rockstar had already promised and promoted a season pass for the game’s multiplayer. And with underwhelming sales, the online population was quickly stunted. Rockstar further diluted this fanbase by dividing every game mode in two with the main difference being the choice of soft lock or free aim. Having played the title extensively after release, and not being a particular fan of soft lock, I saw the numbers continue to dwindle until just weeks after launch. The number of players in the free aim playlists then sat around 1000. Now, despite the lack of desire for continued support for the multiplayer, Rockstar had to deliver. Players had already purchased the season pass because they truly wanted to continue playing the game.

Directly after the launch of the first map pack, I decided that I should probably hop on and give it a try. What I found was not pretty. The playlist on soft lock, by far the more popular of the two divisors, hovered around only a couple hundred players. The free aim playlist sat under 50. This was the first piece of content for the game, and it was already hard to find full games. When more content was released, the fan base only continued to drop.

In the end, a season pass simply grants you access to the content when it releases. There is no guarantee that the content will be released in a timely fashion, or that it will meet the expectations of the community. Nothing is worse than buying something and ending up being disappointed by it, and this is a big reason that gamers are so vocal these days. With the rise of the season pass came higher-risk purchases. Buyers assume that they’re going to get their money’s worth, and with so many different definitions of that, it’s hard to satisfy everyone. With a season pass, there is no more waiting to see reviews before you purchase. You’re putting your faith in a company that will ultimately decide exactly what it was that you already purchased. This is especially true when you’re not even guaranteed that your game will work when the time comes for the content to release.