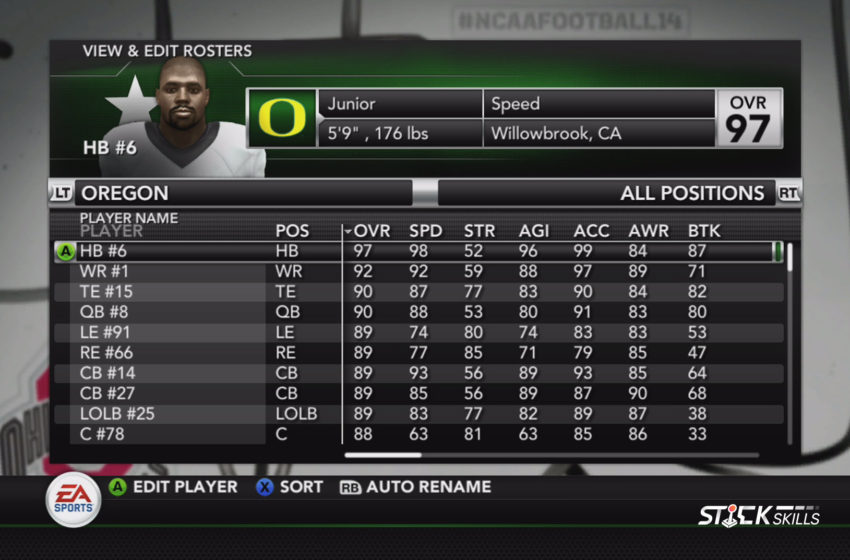 With new hype surrounding college football video games, we are taking a look back at NCAA Football 14 on XBOX 360 and PlayStation 3.

The new game will be called EA Sports College Football and will be on the XBOX Series X|S and PlayStation 5 consoles.

We still don’t know exactly when it will be released but our best guess currently is July 2022 or July 2023. From the time of this writing that is 1.5 or 2.5 years.

That is a long time to wait so we fired up our NCAA Football 14 game on the XBOX 360 and loaded up the team ratings in that game.

Some familiar programs like Alabama and Ohio State are at the top of the ratings (not to be confused with the top 25 rankings) while some other teams like highly rated Oregon and North Carolina have fallen off in recent years.

In the last 7 years there have been plenty of colleges adding FBS programs and some dropping down to FCS so when the new EA Sports College Football game comes out, some teams on the bottom of this list won’t be the same.

Which teams are you must excited to use in the new game? Let us know your thoughts in the comments!