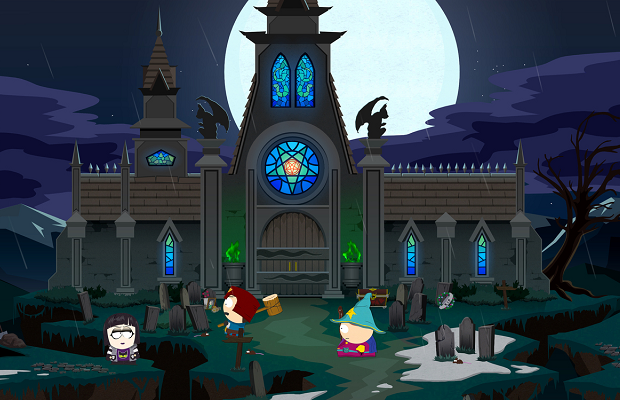 After multiple delays, we’ll hopefully get our hands on South Park: The Stick of Truth this March. The release is looking more likely by the day, as the usual pre-release content is making the rounds.

In the latest trailer we get a behind-the-scenes look at the game’s origins with Obsidian Entertainment, as well as Trey Parker and Matt Stone’s role in its development. The two South Park creators talk about the challenges of adapting the series into a video game, and finish with their hopes for the final product.

South Park: The Stick of Truth will launch in North America on March 4th, with a European release following on the 7th. It’s scheduled to hit the PC, PS3 and 360.