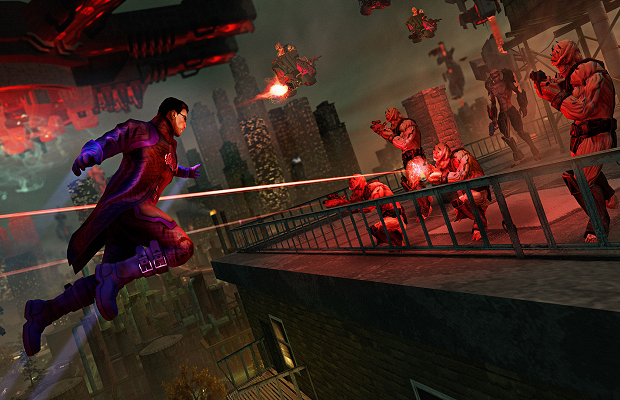 The latest entry in the Saints Row franchise has gone gold. The announcement comes via the official Facebook page. Now that work on Saints Row IV is complete, the post goes on to explain plans for DLC.

Season passes will also be available and will run you $9.99, 9.99 euro, or £7.99. Individual price points aren’t known, but the overall value of the pass is said to be over $15, 15 euro, and £12. An extra weapon known as the Rectifier will also be packaged with the season pass. Saints Row IV will release on August 20th in North America, and August 23rd in other regions for the PS3, Xbox 360, and PC.