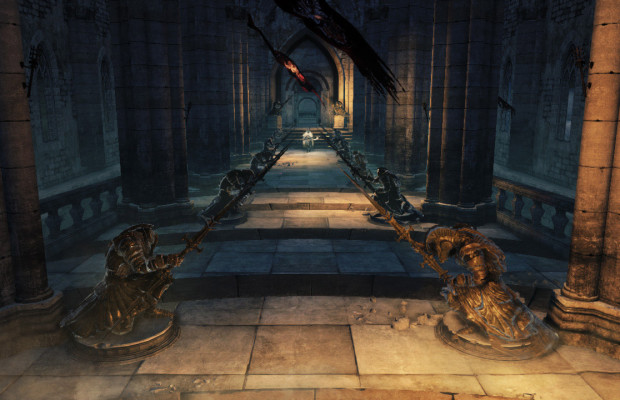 Back in April, developer From Software asked the legion of Dark Souls fans to try their hand at designing shields for the upcoming release of Dark Souls II. After a rigorous series of community polls, the remaining selections were sent to be judged by the folks at From Software. Enough time has passed, and the studio has decided to reveal the final few at this year’s San Diego Comic Con. Check out the gallery below.

Six of the esteemed designers will receive their own shields in-game, their name in the credits, and a copy of Dark Souls II signed by the dev team. The top three from each previous category will also receive a signed copy of the game. I don’t know about you, but I think the harsh simplicity of the shield full of tally marks is fantastic. Dark Souls II is scheduled to hit the PS3, Xbox 360, and PC in March 2014.