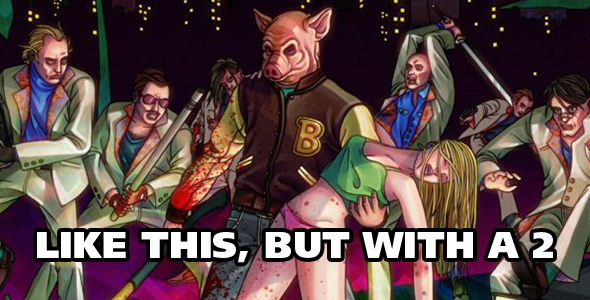 Last year, Dennaton Games and Devolver Digital put out one of the most fantastic games of last year with Hotline Miami. Lookes like the sequel has been hanging out around E3.

Somewhere on the outskirts of E3… twitter.com/HotlineMiami/s…

If you still haven’t played the original, it’s out now currently on PC/Mac/Linux and the PS3/PS Vita versions will be coming sometime in the summer.