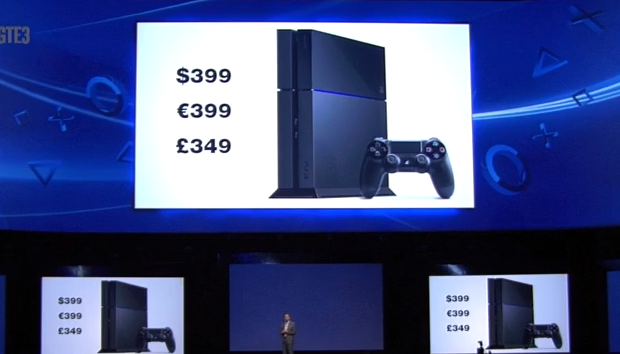 Sony closed their E3 2013 press conference by announcing that PS4 will be $399, coming at just $100 less than its competitor Microsoft’s console, the Xbox One, priced at $499.

As with the Xbox One, no concrete release date was made, but details surrounding the topic of console-wide DRM was met with great applause when Sony announced that it would allow used games to be sold back to retail outlets, such as GameStop, would not require games to be authenticated over the internet and would not require users to “check in” by having the console connect to the internet every 24 hours.

One small detail that was glanced over during the excitement over the PS4 being DRM-free was the fact that online multiplayer will require a PS Plus subscription.