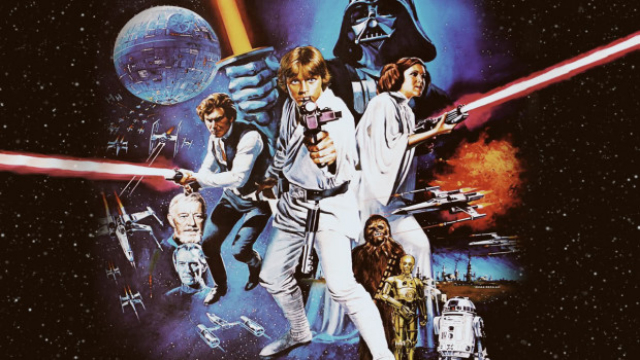 Being something of an egotist and a whiney complainy fanboy of anything Star Wars, I battled all of my coworkers to get the chance to present to you, dear readers, the list of games that I want out of this Disney/EA deal.

Now, on Twitter I was quick to say that Visceral should finish the work on Star Wars: 1313. I still think that’s in the best interest of all parties. But what if 1313 is completely off the table at this point? Somehow, Disney found a way to actually burn digital code. What then? How about a dip back into the well of IP’s of yore? Dark Forces is the game that got me into PC gaming as a lad. While the subsequent games focused more on Jedi combat and the like, there was still something missing for me. There was an elegance where there wasn’t before. Trading in the random clumsiness of a blaster for a lightsaber was, to me, nothing but fan service. The games were still good, but they just weren’t as special to me anymore.

Enter Visceral Games. With the right story, Kyle Katarn’s return could be glorious, epic, and just plain dark. Remember that level in Dark Forces I wrote about recently? Imagine the developers of Dead Space working on this game. Maybe set it before the first Dark Forces, where Kyle is still in the Imperial military. You start the game playing as Kyle as a Stormtrooper, witnessing the horrors the Imperial Army is inflicting upon people. You decide to break away, and start spying for the Rebels. Visceral is a studio known for making you care about characters and fleshing out horror, and I honestly think they’d be a great fit for the Dark Forces IP.

This just seems a bit too logical, doesn’t it? DICE, the masters of large scale multiplayer taking over development of the long-awaited Battlefront 3. It’s a nerd match-up in heaven. And judging by the work in progress that was leaked out over the weekend, there’s a great foundation that DICE could build a game around. Take the mechanics Free Radical introduced, such as flying from the ground into space without a loading screen, and throw it all in Frostbite 3.

Or maybe DICE could work on something new. Maybe a follow-up to Republic Commando? I remember there was chatter years ago about a sequel called Imperial Commando, that would see Delta Squad assimilated into the Empire and doing tasks for them. It’s a great concept, and DICE is noted for the Bad Company series. If DICE could inject a Star Wars game with the same comraderie that was featured in Bad Company, I really think a great small tactics Star Wars game could be made.

We all liked Knights of the Old Republic, right? For a while there, it was my favorite Star Wars game, mainly because the story was so excellently told. But then that era in Star Wars history got milked for the cash cow it was. After the comics and the MMO, I’m completely ready to move on from 4,000 years before the Battle of Yavin. How about a game where you’re a smuggler and have to work a big job for some high-level gangsters, or even the Rebels. Plot happens, and you end up having to make big choices along the way to a grand conclusion (you can see I’m a great writer).

BioWare needs to play to its strengths: Decision-based storytelling set in engaging worlds and with characters you can’t help but like most of the time. If the game were framed in a Mass Effect way with a bit of ship combat for good measure, I think we’ll have the successor to KOTOR we’ve been clamoring for.

The safe bet with Criterion is to relegate them to racing games. But I know those folks are capable of making games that don’t involve driving fast vehicles at faster speeds. Besides, a new Podracer game would be better suited to EA Black Box. Imagine taking Criterion’s knowledge of going very fast and applying it to X-Wings and TIE Fighters? Maybe even take some of the stories from the pretty great Rogue Squadron comic series. Who knows what could happen!

But what if we take this to its logical conclusion. What if Criterion were handed the reigns of making a new X-Wing vs. TIE Fighter? I’d probably have to buy a joystick just to play that one game.

Star Wars and RTS have a weird sort of history. First there was Rebellion. The concept was amazing at its core: utilizing diplomacy and espionage in addition to fleet management and big ol’ space battles. The game was criticized for being too ambitious in scope. Then came Galactic Battlegrounds, which was essentially an Age of Empires clone. While that isn’t a bad thing, it just wasn’t that fresh of an approach. Finally, in 2006, Petroglyph released Empire at War, and finally delivered on the promise of a great Star Wars RTS. But that was seven years ago.

EA Victory is the logical choice for a new RTS set in the Star Wars universe. You may remember EA Victory as essentially being Westwood Studios, the folks who created that Command & Conquer game everyone is so jazzed about. Bringing on such veteran talent to make a Star Wars RTS is just what strategy nerds deserve.

I’ve said my piece, now it’s your turn. What games do you want from this licensing deal? Let me know in the comments, or on our forums.