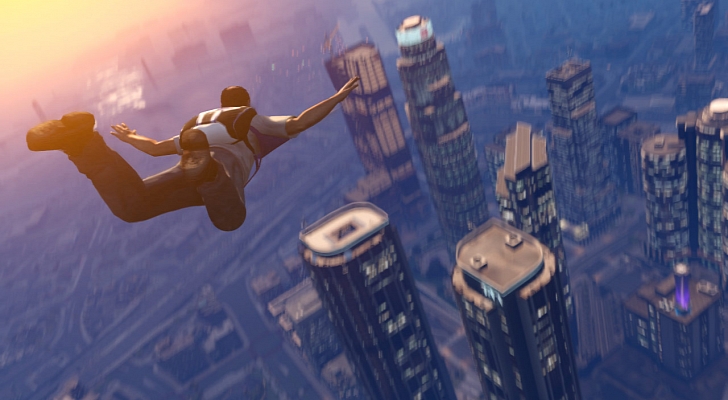 Over the weekend, it was discovered that a mural of Grand Theft Auto V‘s box art was being put up in New York City. With it being difficult to tell if this was the doing of a random artist or someone commissioned by Rockstar Games, fans began to reach out via Twitter.

Rockstar responded to one fan, however, and informed them that it is in fact the official box art for Grand Theft Auto V. In addition to the confirmation, Rockstar stated that the box art should be finished within the “next day or so” with digital versions coming shortly after.

@JonyPepsi69 next day or so, digital versions coming soon! " @RockstarGames When is it going to be finished? #GTAV http://t.co/SOVAi4PKtu

It’s a clever way to announce the title, but it’s not the first time they’ve went this route to announce cover art for a video game. For the announcement of Grand Theft Auto IV, Rockstar did an extremely similar reveal for the cover.

We’re excited to see the official cover, but it appears that the artwork released in the previous months of the game’s marketing will make up the various segments of the box art. Don’t be surprised if we see a similar video when the cover is finished and ready to be shown to the rest of the world.

What do you think about the details surrounding the game so far? Be sure to let us know what you think by leaving us a comment below, or discuss Grand Theft Auto IV in our forums.