Hyperdimension Neptunia Victory, the third game in Compile Heart and Idea Factory’s colorful franchise, has a new trailer that’s full of wacky combination attacks and skills only possible in a JRPG.

If you’re unfamiliar with the series, you’ll probably need to spend some serious time reading up on this turn-based adventure. But, to be brief, the franchise is known for its whimsical take on the game industry (or, in this world, the Gameindustri).  Console wars have been occurring for years, which means the pieces of dialogue between the female cast of characters are filled to the brim with puns and references to retro hardware.

In Victory, the player once again takes on the role of Neptune, who’s caught in a time rift. She has found herself stranded in another world during 1989, where the Country of Lowee is preparing for war. It’s Leanbox that Lowee is afraid of, as rumors of an attack by sea have caused great tension between the two nations.

If you’re a bit confused, you probably should be. Look to pick up Hyperdimension Neptunia Victory on the PlayStation 3 March 21.

Are you a fan of turn-based RPGs? If so, are you familiar with these games? Let us know what you think by leaving a comment below! 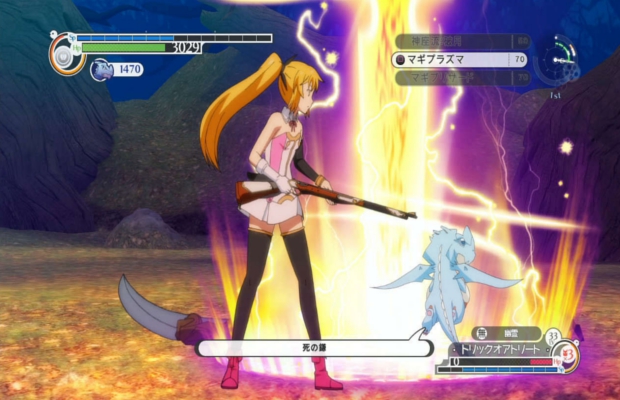