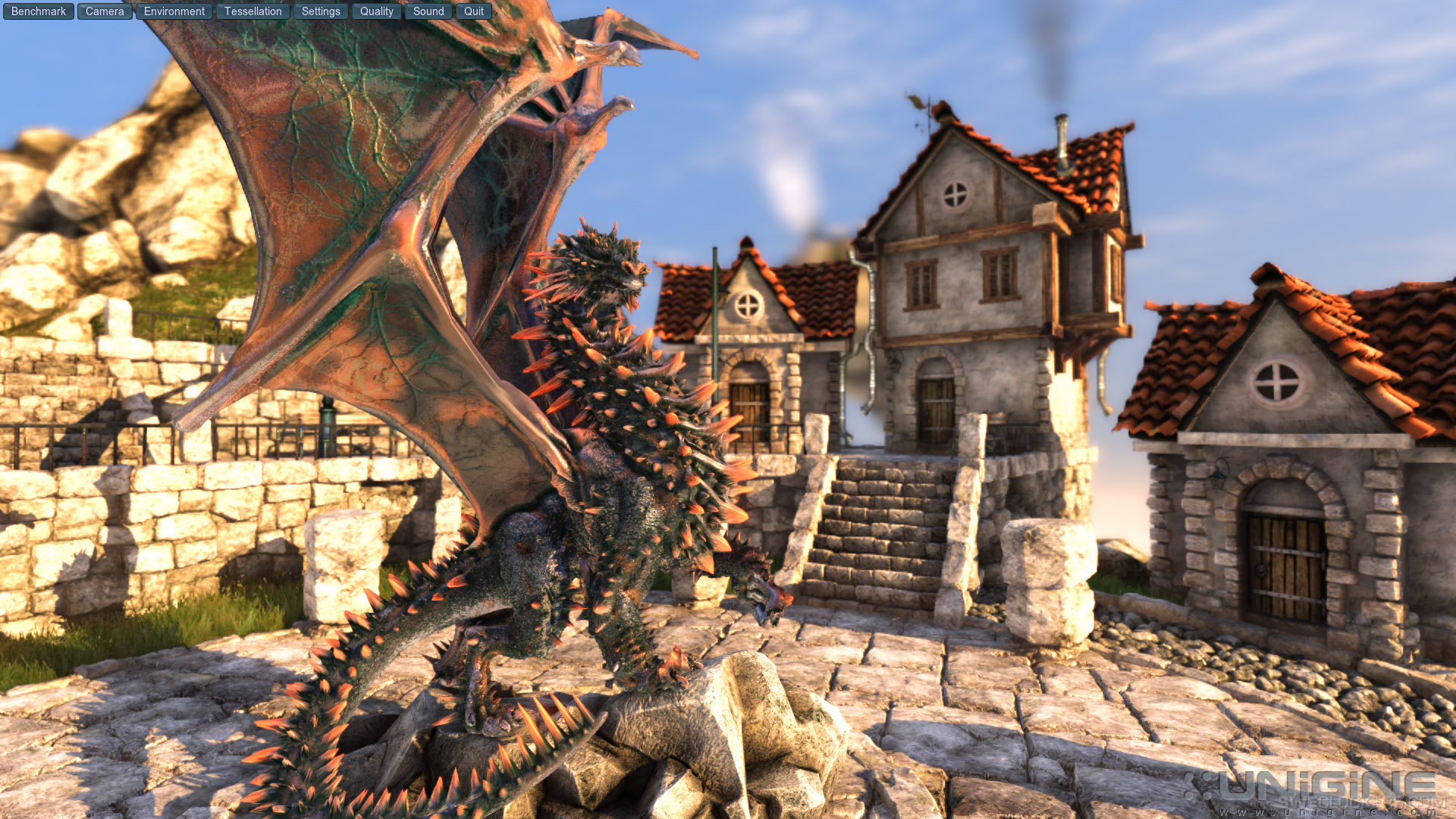 Unigine Corp., a 3D solutions company that specializes in video game development, scientific research and simulation, has released a new, powerful version of its Heaven Benchmark.

If you have a PC powerful enough to run it, version 4.0 is a GPU-intensive tool that pushes graphics cards to their limits. It can be used to find GPU stability under the most stressful of conditions, as well as test the cooling system under high temperature circumstances. Basically, it’s ready to test your hardware’s guts.

What exactly do you do in this world known as Heaven?

“Heaven Benchmark immerses a user into a magical steampunk world of shiny brass, wood and gears,” the description reads. “Nested on flying islands, a tiny village with its cozy, sun-heated cobblestone streets, an elaborately crafted dirigible above the expanse of fluffy clouds, and a majestic dragon on the central square gives a true sense of adventure.”

If you’re familiar with this particular benchmark and have tested it in the past, here’s a list of new features in this 4.0 version,

If you’re interested, you can head on over to Unigine’s website and give it a go right now.

What do you think of this powerful PC program? Will you give it a go, just to test your rig? Let us know what you think by leaving a comment below!