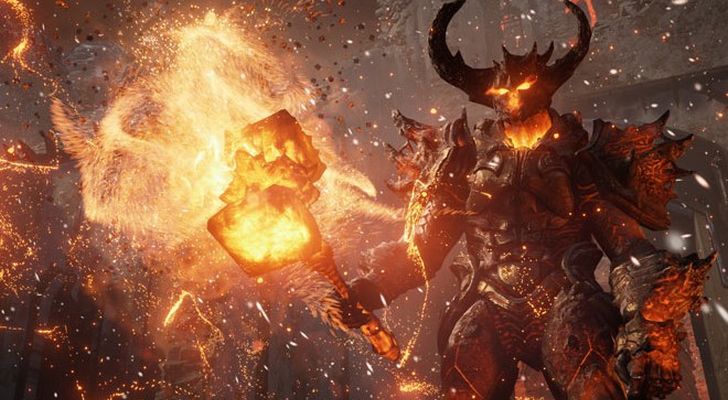 Let’s face it: the gaming industry is in a peculiar spot. Social games continue to dominate Facebook walls, free-to-play experiences flood mobile marketplaces and Call of Duty still sells more than any other piece of interactive entertainment out there. Grizzled industry veterans like THQ and Atari have blown the last of their cash on projects that apparently didn’t incorporate enough “killstreaks” to turn a profit, and handhelds now only speak to a niche audience unimpressed with what’s offered on smart phones.

Now, not everything listed above should be considered poisonous to our hobby of choice. Times are changin’, and plenty of good has come from this extended generation of consoles. Yet, the shelf life of the PlayStation 3 and Xbox 360 may be longer than everyone expected – and in some cases, ever wanted. This cycle has peaked, and the steady decline in both hardware and software sales over the past few years show a need for something new to burst onto the scene.

But as stated before, things have changed since the Xbox 360 first entered our hearts (and major retail outlets) in 2005. Today’s economic circumstances won’t easily allow U.S. buyers to drop several hundred dollars on a machine that simply makes the sweat rolling off Green Bay Packer Greg Jennings’ brow that much more realistic. The “need” to purchase a new, $500 phone every other year that contains thousands of free applications also makes a console with a similar price tag a difficult sell.

There will always be people willing to sit in line for an obscene amount of time to get their hands on the latest and greatest console on launch day. But in a world where hardware, and the games being developed on it, require a hefty investment from both the consumer and producer to be viable on the market, strictly satisfying the mainstays won’t be enough. Black Ops II is an easy pickup for the casual owner of a PlayStation 3 or Xbox 360, but when the next Call of Duty release requires the purchase of a $400 console, will the average Xbox Live inhabitant return to shout marginally racist remarks through a headset?

Five years ago, I would have told you both Sony and Microsoft could get by on stunning visuals alone. Now, with an unstable economy and the emergence of smaller, more cost-effective titles on various platforms, I’m not so sure.

Don’t panic. It may seem like the perfect time to stuff your mattresses with NES cartridges and line your sofas with those PlayStation 2 discs that had the nifty blue-tinted backs, but I don’t see a second industry-wide crash in the future. There are plenty of smart, experienced people in the industry loop, and that’s what gives me hope. If we just see two, $500 boxes launch in November that impress purely on their technical prowess, I don’t feel enough people will bite to allow for much more than blockbusters to generate cash. Thankfully, that’s a future I just don’t see happening.

What will lead the “Orbis” and “Durango” to big bucks and throngs of cheering fans? Hopefully, that’s something both Sony and Microsoft have worked out. However, turning these machines into all-purpose boxes through the integration of popular services like Netflix and ESPN may just be a glimpse of what’s to come. If your Orbis can play movies, display breathtaking visuals, smoothly browse the internet and even act as a cable box, the initial investment begins to make more sense. Or maybe, similar to what Microsoft is experimenting with now, the companies take away that scary price tag. Consumers are trained to make monthly payments, so why not make the Durango $99 and create a subscription model that provides a slew of other services?

What ends up being the “correct” alternative is still unknown, but no matter what finally works, it’s unlikely that this November will be a standard launch. Applications, social or otherwise, have become just as key a selling point to consoles as the games they’re built to run, and their integration on both platforms will play an even larger role going forward.

Will prettier games and new hardware be enough to revitalize this industry? I don’t think so. Things have changed too much to rely on the tricks that have worked in the past. The next generation is almost here, and for once, it’ll take more than a pretty, computer-generated face to guarantee success.