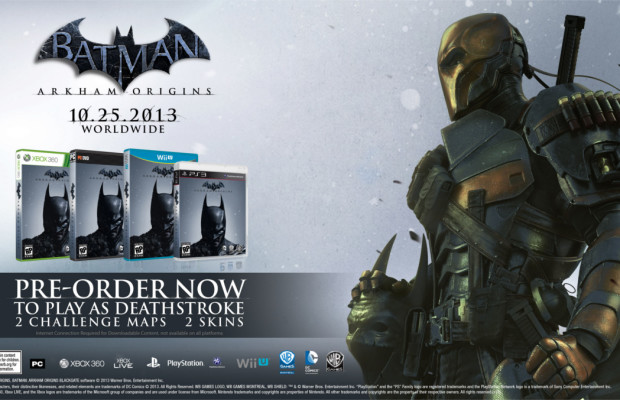 ‘Batman: Arkham Origins’ Deathstroke DLC not available on Wii U

With Batman: Arkham Origins releasing on October 15, 2013, WB Games Montreal has begun detailing the first piece of downloadable content that will be available. While the studio has confirmed that it will release on all four current generation consoles, including the Wii U, the latter will not receive the Deathstroke content. “Fans who pre-order the game […]Read More