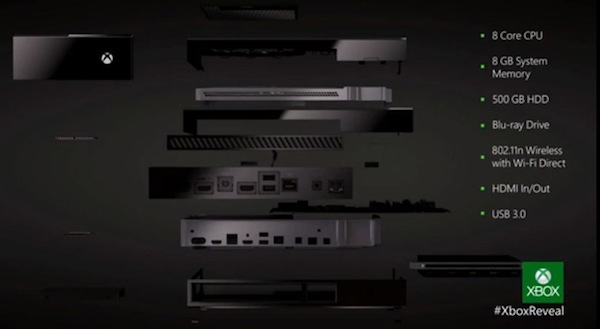 As Microsoft’s Xbox One reveal continues, the gaming giant revealed some under-the-hood specs for the new console, describing the system’s architecture as “rocket science-level stuff.” The system will ship with 500 GB of memory, 8 GB of RAM and a built-in Blu-ray drive. Xbox One will feature an 8 Core CPU, USB 3.0 ports, WiFi […]Read More

Rumor: Next Xbox to Have a Blu-Ray Drive; Anti-Piracy Measures

Another day and another rumor surfaces for the next console from Microsoft.  A rumor has emerged today stating that the console will include a blu-ray drive and require an “always-on internet connection”. The purpose of the always-on connection is to deter piracy.  While it makes sense in some situations, it completely alienates the portion of […]Read More