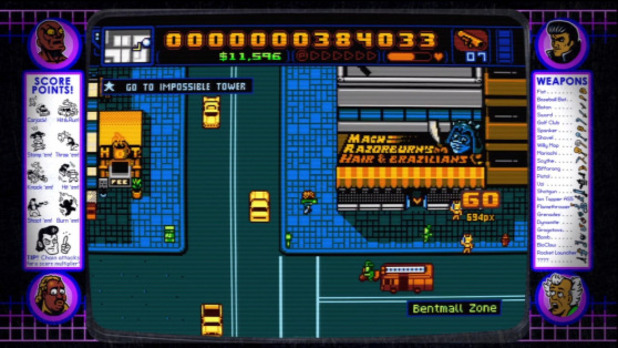 When Retro City Rampage released late last year, it was met with considerable success, though the system that saw the most downloads might come as a surprise (providing you stopped reading the title at “Rampage” and just clicked on the story). One-man army Brian Provinciano was on Twitter earlier today talking about the success of the game […]Read More

StickSkills Radio Episode 5 – Not quite X-Rated (Or is it?)

We managed to keep this one under two hours, praise jebus! But don’t fret dear listeners, we still have plenty of great gaming discussion for you. Starting with the recent Borderlands 2 DLC, then Perry explains why he likes Retro City Rampage so much and finally Todd & Chris talk some Dishonored. In news we […]Read More

It’s another long show this week, but again we’ve filled it with a ton of game talk. To start things off myself and Perry chat about The Walking Dead, being as vague as possible to avoid spoilers. Then we all talk about some of the big games from last week we’ve played, including XCOM, Retro […]Read More

If you’ve read about Retro City Rampage in the last two years, chances are, you still madly want it and can’t wait to get it in your hands. The love letter to nostalgia and old-school Grand Theft Auto chock full of references to all your favourite games and pop culture has been in development for […]Read More