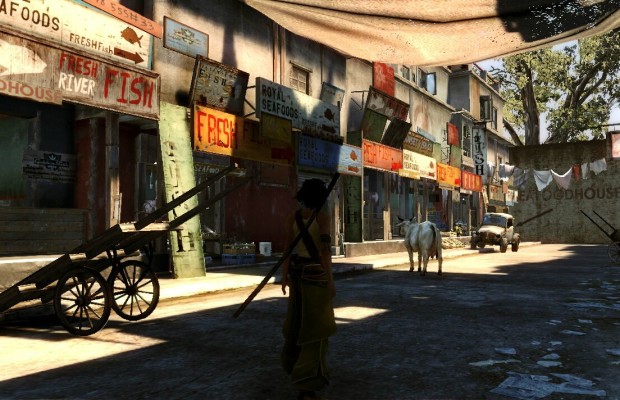 ‘Beyond Good & Evil 2’ might still happen, would be massive

It seems like forever ago when ideas for Beyond Good & Evil 2 first started surfacing. After that came rumors of cancellations, news that the game hadn’t even been started on, and so forth. Not all is lost, however, as creator Michel Ancel still has ideas. Speaking to Eurogamer, Ancel outlined some of his ideas for […]Read More

Since the announcement of Beyond Good & Evil 2, the amount of real information or footage of the title has nearly been non-existent.  Earlier in the week, we posted an image that showcased the environment in the title as well as Jade. Today, we’re bringing you what appears to be an environment tech demo from […]Read More

Taking a trip back to 2008, we’re reminded of the time when Ubisoft first announced Beyond Good & Evil 2.  Roughly a year later, the very first “gameplay” footage surfaced of the title.  Since that date we’ve seen brief mentions of the title in interviews and cryptic messages, but nothing concrete has surfaced. All of […]Read More