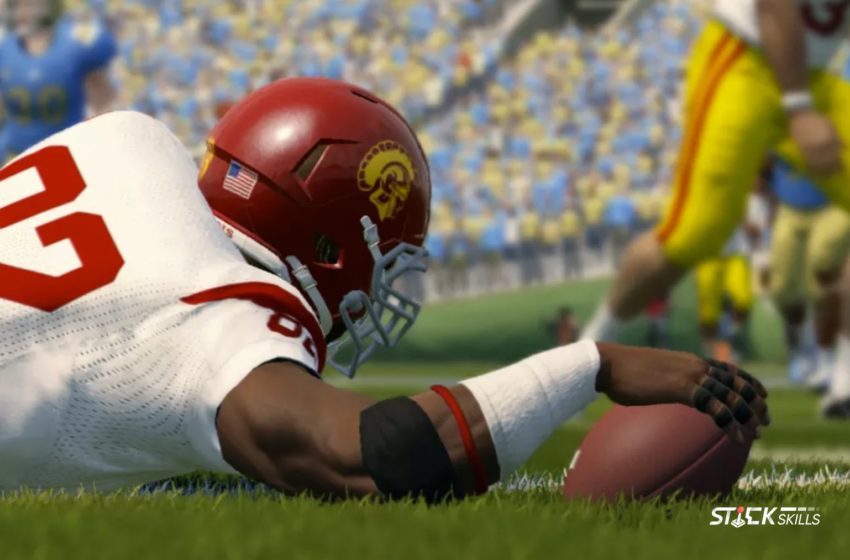 The University of Michigan and USC are still undecided whether or not they will be in the next EA Sports College Football video game.

This news comes from Matt Brown on Twitter who has been following the situation closely.

Both USC and Michigan aren’t officially out like Notre Dame, but they also aren’t confirmed to be in either. Negotiations are ongoing and neither has come to an agreement with EA Sports at this point.

Remember, USC is one of the handful of schools that isn’t covered by the CLC agreement. Over 100 school’s out of the 130 members of the FBS are confirmed to be in the new game.

Previously it was widely assumed that the Trojans would find their way into the new EA Sports College Football game since they already had a separate agreement to use their name, uniforms, and logo in Electronic Arts’ Madden NFL game. That changed when USC released this statement:

We have not reached a licensing agreement with EA Sports/CLC that is acceptable to USC.

From the above statement, it sounds like USC is in negotiations to be in the game. They are in an especially good negotiating position as one of the most high profile and iconic teams in all of college football.

Notre Dame opting out of the game to appear on the side of their student-athletes gives USC even more leverage in negotiations as EA Sports will be sure to do whatever they can to stop this from becoming a trend of colleges opting out.

As it stands now, there are over 100 colleges definitely in. The ones who have confirmed that they are in are:

The ones who are confirmed to be out at this point are:

The ones currently undecided are:

Remember, EA Sports has already confirmed that there are at least 100 FBS schools participating in the new game so don’t be disheartened by how small the “definitely in” list is.

More colleges are clarifying their positions every day. As we get more information, we’ll be sure to pass it along.