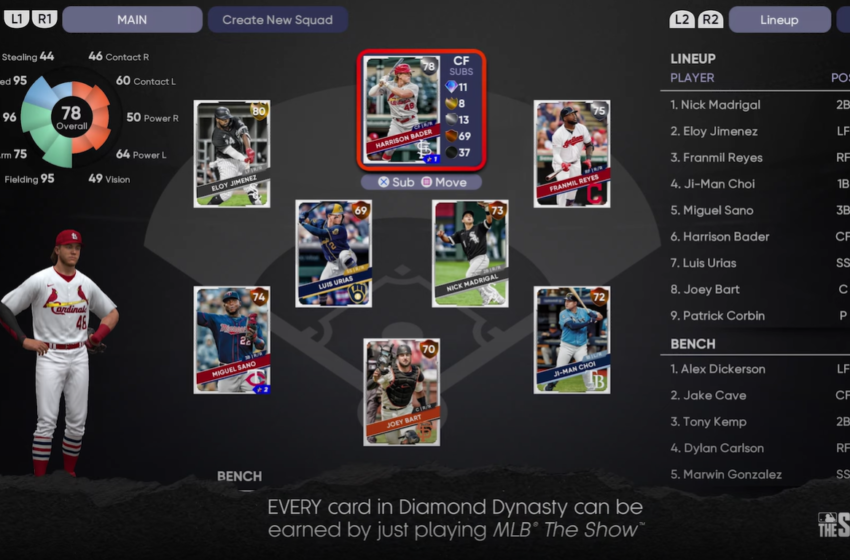 Every year one of the biggest complaints about game modes like Diamond Dynasty or EA Sports’ Ultimate Team is that the game often feels like it is pay to win.

When you think about it, some of the ways video game companies structure their microtransactions seem silly. You use real currency to buy fake currency to open packs to get a different fake currency to purchase digital players that immediately start losing value and by the end of the year are basically worthless.

The whole system is designed for you to get confused and part with your money.

In MLB The Show 21’s latest trailer, San Diego Studios (SDS) dropped some information which is almost unheard of in the sports video game world.

Every Card In Diamond Dynasty can be earned just by playing MLB The Show.

That may not seem like a huge announcement, but it is. With MLB The Show 21 becoming available this year to XBOX gamers for the first time ever, SDS seems to be taking a direct shot at sports video game competitors like EA and Take Two.

This isn’t saying that microtransactions are gone or won’t still give some gamers a huge leg up. Undoubtedly, it will still be much easier for those customers who buy packs easier to get their dream team quickly and Sony can still make plenty of money from them.

This is just a step in the right direction making it so that it isn’t impossble to get a card unless you spend a ton of money.

Sports gaming insider @MillsTwitch put it best with his take today in Twitter.

MLB The Show 21 is set to come out on Tuesday, April 20th on PlayStation 5, XBOX Series X|S, PlayStation 4, and XBOX One.

If you pay a little extra and get the Jackie Robinson edition, you’ll get access to the game 4 days earler allowing you to start playing on Friday, April 16th.

This year’s release is about a month later than it usually is likely due to the pandemic and bringing the game to the XBOX for the first time ever. Historically the yearly iteration of the game is released in late March.