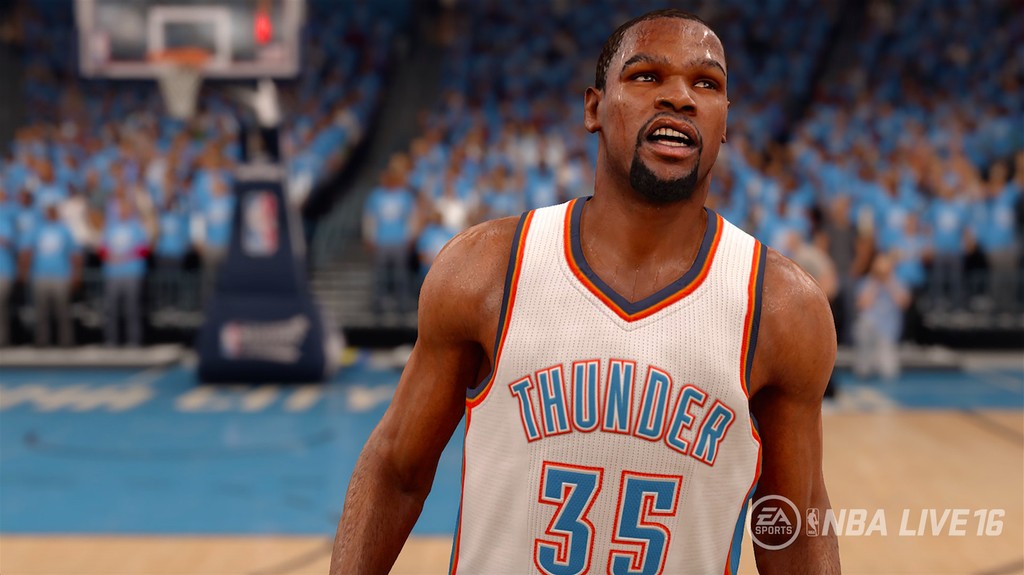 NBA Live 16 seems poised to finally give NBA 2K16 a run for it’s money this year.  It is still way to early to tell but the early information coming out of EA Sports is very positive so far.

Face scanning technology will be implemented in NBA Live 16.  This is something we have seen in other franchises like Madden and FIFA.  It is good to see it coming to NBA Live as well.

Here are some of the other improvements you should expect.


Basketball is a sport that is all about self-expression. Unlike other sports, fans are able to get an up-close and personal look at players. They aren’t covered with pads, helmets or heavy gear, so every expression is visible. That being said, it’s important to nail down each player’s likeness, attitude and emotion.

NBA faces aren’t obstructed, so you are able to see each and every expression on them. Mad, dejected, thrilled, whatever they might be feeling, all of these emotions are easily distinguishable on players faces. With that said, the team focused on making sure their facial animations were on point.

EA SPORTS invested in the scanning process nearly three years ago, and continue to refine this process. The more we have scanned, the better we have gotten at the process, and that leads to better, more lifelike results.

But the scanning didn’t stop there. We got such great results with players, we decided to scan as many things as possible. This includes jerseys, accessories, shoes, socks, environments and more. That means the same level of detail seen on players is seen in everything else.

Another thing to note is that players don’t have that “dead” look in their eyes anymore. Since we completely overhauled the facial animation system, utilizing 100% accurate scan data, players behave and react more like their real-life counterparts. Now, there is more natural movement of the skin on top of the cheek, brow, chin and jaw bones. Now on to lighting…

The lighting system received a complete overhaul in NBA LIVE 16. Nearly every single asset in game was worked on or tweaked from a visual illumination perspective. A big part of this includes the color correction made across the board, which gives a more broadcast-quality look and feel to the visuals.

Jersey colors and skin tones on different players are also much more accurate, resulting in better skin textures and sweat effects. This is the culmination of a three-year process to improve the visuals for the NBA LIVE franchise, and we are just getting started. Stay tuned in the coming weeks for something that will really show how much the lighting and graphics have improved.

If you haven’t already watch the first NBA Live 16 trailer, you can do so below.

NBA Live 16 will only be available on the PlayStation 4 and XBOX One.  It’s release date is scheduled for September 29th, 2015.