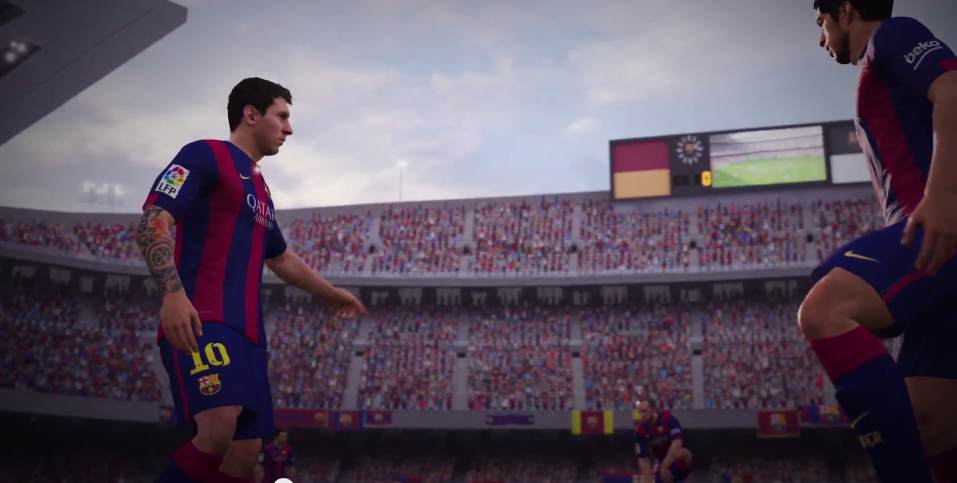 EA Sports revealed a new no touch dribbling system in FIFA 16 that allows you to emulate Messi’s ability to feint and change direction when dribbling without ever touching the ball.  Once you have created space, you will be able to use a new range of touches to react to defenders’ challenges.

This will transform 1v1 situations and it is something that gamers have been asking about for years.

Dribbling is about more than what you do with the ball.  Sometimes the best touch is the one that you don’t take. – Lionel Messi

Better skilled players will be much more effective at no touch dribbling than those with low ratings.

It is a great new way to beat defenders and will buy you some extra time to make a pass or get your shot away.

Combining this with some of the new defending abilities that EA Sports outlined earlier, FIFA 16 should see significant improvement in gameplay.

You can watch a new FIFA 16 trailer that has some gameplay as well as an interview with Lionel Messi below.