A few days ago we discussed all of the MLB 15 The Show news that had been available up to that point.  Today the SCEA team revealed their fact sheet which goes over everything they have been working on, what features to expect in the game, and much more.

Other exciting news includes the worldwide reveal of gameplay for MLB 15 The Show on February 5th so stay tuned for that.

The full fact sheet is below.  Make sure to leave us a comment with which feature you are most excited about.

Year-to-Year Saves
(PS4, PS3, VITA)
Users who purchased MLB 14 The Show will be able to continue their Franchise and Road to the Show progress in MLB 15 The Show with the Year-to-Year Saves feature. Saves between the two releases will be forward-compatible, meaning you don’t have to worry about starting your Franchise or Road to The Show seasons over!

Licensed Equipment
(PS4 & PS3 Only)
For the first time ever MLB The Show will include licensed equipment from some of the most recognizable brands in baseball. Earn as you play to enhance your RTTS or Diamond Dynasty players and partner with iconic brands by bringing sponsorships to your Franchise team! (Equipment on PS3 version is not seen during gameplay.)

Universal Rewards
(PS4 & PS3 Only)
In the last couple years we added the Universal Profile, which tracks your playstyle tendencies and passively rewards you with XP and Stubs while you play. This year, in addition to XP and Stubs, you will earn new Items usable throughout different game modes:

Directional Hitting Interface
(PS3, PS4, VITA)
Featured for the first time in MLB 15 The Show is the new Directional Hitting interface, which allows you to influence the direction of your hits in real-time while you swing. Using the L-Stick, you can attempt to influence fly balls, ground balls, pushed hits, pulled hits, or any of those in combination. The most success will be had by swinging at pitches that are conducive to the hit direction you are aiming for. Outside pitches are better for hitting to the opposite field, while inside pitches are best for pulling. If no direction is pressed with the L-Stick, it’s just like using the old Timing Hitting interface. Like never before, Directional Hitting allows you to play into each hitter’s strengths and utilize the strategies of proper situational hitting.

Franchise Mode Refresh
(PS4, PS3, VITA)
With the addition of General Manager Contracts, you now have to consider Ownership Expectations when running your team, and your performance will determine the job offers that come your way. Building a championship-caliber team is more fun and dynamic than ever before, with the new Performance-based Player Progression, as well as much improved Trade and Contract logic. Partner up with Brand Sponsors, giving your broadcast elements an official sponsor and earn some extra dough to spend on your team.

Players and teams get Personality: Aesthetics and Emotion
(PS4 & PS3 Only)
Players on the field get improvements to show their individuality. (Necklaces, Tilted caps, etc..) Real-time situational/emotional AI scenes (dugouts, crowd, etc..) have also been added, and more Team and Player celebrations.

“Inside The Show” News Suite
(PS4, partial PS3)
Franchise, RTTS, and Season modes all feature a new suite of features centered on providing news updates from around the league. Inside The Show is a new radio broadcast that will be heard at the beginning of each new day and will discuss recent scores, notable performances, team news, milestones, records, standings, and more.

Diamond Dynasty Distilled
(PS4 & PS3 Only)
Diamond Dynasty is melted down to its core. Now driven by just a handful of systems, it is much more accessible and less daunting to manage. Driven heavily by a new collection based management system, everyone is building a Diamond Dynasty team just by playing any mode in MLB The Show.

New Slide Step System
(PS4 & PS3 Only)
Perform a slide step while pitching to combat pitchers with a slow delivery to the plate, or runners who consistently get great jumps. This “game within a game” creates a risk/reward factor when performing a slide step. The pitcher will now have less control and slightly less velocity when a slide step is executed, but will be quicker to the plate. As a runner, you now have to worry about your opponent using a slide step when you are attempting a steal.

Legends
(PS4, PS3, VITA)
We partnered with the MLB Player’s Alumni Association to make a total of 30 Legends playable in MLB 15 The Show. Collect an entire MLB team, and you’ll unlock an iconic alumni player from that team. There’s one from each team, and though you’ll have to find or unlock the card to slot them into your Dynasty squad, you can simply opt in to utilizing the whole pool of Legends in your Franchise mode.

Instant Replay Challenge System
(PS4 & PS3 Only)
The MLB’s Instant Replay protocols are now in The Show. Certain plays give users an opportunity to challenge the outcome of a close play.

Worldwide Gameplay Reveal on Twitch
We’re also excited to announce the worldwide gameplay reveal of MLB 15 The Show on February 5th at 2:00PM pacific on Twitch. Tune in to the livestream via the San Diego Studio Twitch channel http://www.twitch.tv/sonysandiegostudioto get an exclusive look at MLB 15 and hear from our team on the features we’re most excited about for MLB 15. We can’t wait to show off what we’ve been working on and interact with our amazing fans! 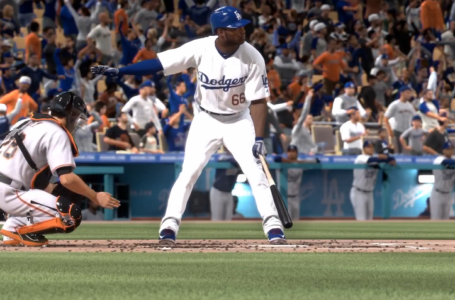 Everything We Know About MLB 15 The...