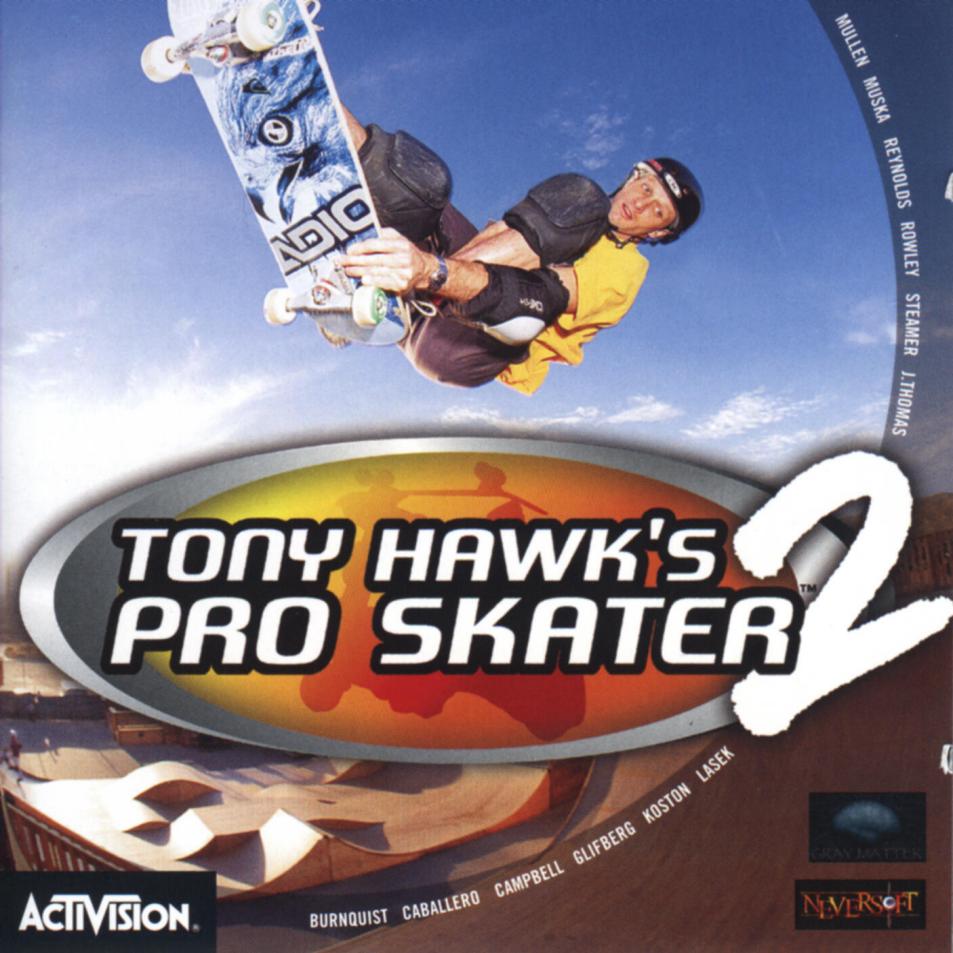 If there was ever a case to be made for the ‘most improved sequel to anything,’ you probably wouldn’t have a hard time bringing up Tony Hawk’s Pro Skater 2.

Released in 2000 for the Playstation, Nintendo 64, Sega Dreamcast, Game Boy Advance, and eventually ported to the original Xbox, PC, and iOS platforms, Tony Hawk’s Pro Skater 2 was nothing short of an early peak for the franchise.

This was a prime example of a game that took an existing formula, and built on it ten-fold. More characters, more levels, create-a-park and skater modes, and so much more made this sequel completely one-up the original. And on their second crack it at it, too.

Probably the biggest thing THPS2 brought to the series, and possibly rivaled only by the addition of the revert in THPS3, was the manual. The manual was a move that allowed you continue your combo while still moving, provided you could hold your balance. At the time, it was a huge innovation that allowed for some crazy scores that we never would have thought possible.

Curiously though, the manual came with a balance bar to let you know how close you’d be to falling on your face, yet a balance bar for grinds and lip tricks wouldn’t be introduced until THPS3.

The levels. My goodness were they a step up from the original game, and certainly memorable. The iconic ‘Hangar’ may just be second only to the original game’s ‘Warehouse’ for the most recognizable stage in the series, “School II” schooled the original, and if you could unlock it, “Skate Heaven” was an otherworldly experience worth seeing; even Tony Hawk’s house makes an appearance in that stage.

A big addition to the series was the ‘create-a-skater’ mode, but they had more than enough characters here already. All the characters from the original are back, plus three additional pro skaters. Even Spider-Man made a cameo as a playable character.

It’s worth mentioning that Neversoft actually released the Spider-Man game for the Playstation and Nintendo 64 around the same time as THPS2, so it wasn’t a coincidence that everyone’s favorite webhead made an appearance. And in an another turn of events that shouldn’t surprise anyone, the Spider-Man game was also very well received.

I mentioned last time how THPS1 was known for having the ‘Tony Hawk anthem’ on its soundtrack. But THPS2 is commonly accepted as having one of the best soundtracks in the entire series. Though I’d personally put it behind one other installment (which we’ll get to in the coming weeks), it’s hard to deny that they had a great soundtrack here. From punk groups like Bad Religion and Lagwagon, to a collaboration between thrash metal band Anthrax and rap group Public Enemy, this one was one to remember. It also brought us one of my favorite songs in the entire series: Consumed’s “Heavy Metal Winner.”

There might be a lot of debate over which Tony Hawk game was the best one, but the fact that THPS2 might just be one of the most improved sequels to anything sure gives it a fair case. Whereas the original THPS might not have aged so great as the others, THPS2 did a considerable job standing the test of time.

Next week will be interesting, to say the least. We’ll be talking about the game I personally believe is the best in the series, and the first Tony Hawk game I ever played: Tony Hawk’s Pro Skater 3.