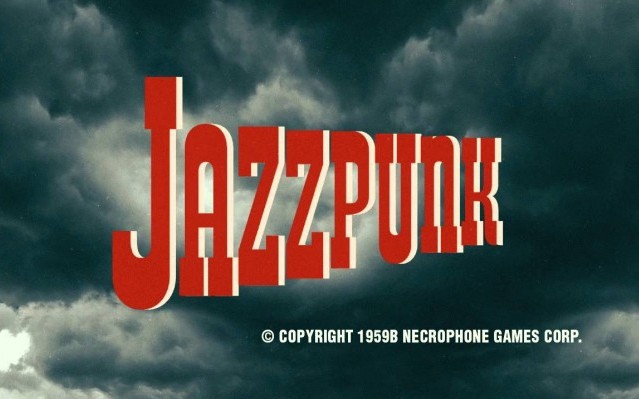 The only thing every critic in the world can agree on is that reviewing a comedy blows.  This is mainly due to the fact  that you can’t really cite specific examples of what makes the movie work because, well, it’s most likely going to be joke. This is a problem because a joke tends to not be very funny when you know it’s coming. Of course, this has really only been true of film. Not so with games.

That’s probably for a lot of reasons. Chief among them would be the fact that almost all of them have a core gameplay mechanic that carries the game. Jazzpunk, however, doesn’t. It’s probably the first example of a pure comedy game, i.e. that there isn’t any real gameplay, just jokes. This really makes or breaks the game. But does it? Well…

Okay, I’ll be honest, saying that Jazzpunk has no gameplay is a bit unfair. It’s certainly no walking-around simulator like the Dear Esther’s of the world. No, the best way to describe playing Jazzpunk is to think of it like a scavenger hunt without a check list. How much fun you derive from the game is dependent on how much time you’re willing to devote to finding all the absurd odds and ends in any given level. Of course, you probably won’t find it very fun if the jokes do nothing for you.

Which is a concern, considering that Jazzpunk‘s style of humor is is based mostly in puns and the occasion pop culture reference, often referred to as the lowest forms of comedy. For me, I found the game to be hilarious. I wasn’t laughing this hard at a game since probably Portal 2, which is a good thing. However, I know quite a few people who will be turned right the hell off at the merest whiff of a pun. For those people, it’ll be a very boring 2-hour slog.

However, if you’re like myself and are tuned into it’s brand of absurdity, than you’ll enjoy every second of it. This is mostly because the game has almost no downtime or wasted space. Each of the game’s main 4 levels are mini-sandboxes just filled to the brim with gags. It’ll actually get to a point where you’ll forget all about what you’re main objective is and just explore the world, laughing your ass off the entire time.

It isn’t all amazing, though. Even beyond the subjective nature of games, Jazzpunk has problems. For one thing, the game has a very weird enjoyment curve. It starts off with one hell of a bang with the 1-2-3 punch of the opening sequence, intro, and first level. By the end of the 1st level, I started to realize that my face was hurting because I was smiling the entire time. However, after that, things get wavy, with the 2nd level being overly short, the 3rd level a noticeable improvement from the last, and the final level coming off as an almost anti-climax. Granted, the game is over so soon that you hardly notice it at the time, but it is a problem.

Similarly, there are two sequences in the game that drive the game to a grinding halt each time, for little to no reason. They each come after the first two levels and feel like speed bumps right in the middle of the game’s Autobahn of insanity. Additionally, in the build that I was playing, I ran into a few bugs, including one involving telescopes that required a reload or two.

Despite all of that, however, I’d still recommend it, so long as you fit a fairly specific mindset. One of an appreciation of dumb humor and absurdity. Even still, I’d probably recommend waiting for a price drop or sale. 15 bucks for a 2-3 hour game that only works on the first play isn’t what I’d call a game to jump out and purchase.

Jazzpunk was developed by Necrophone Games and published by Adult Swim Games. A copy of the game was provided by the publisher for review purposes. 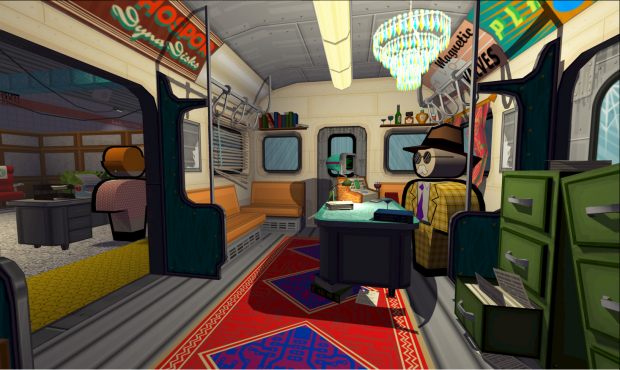