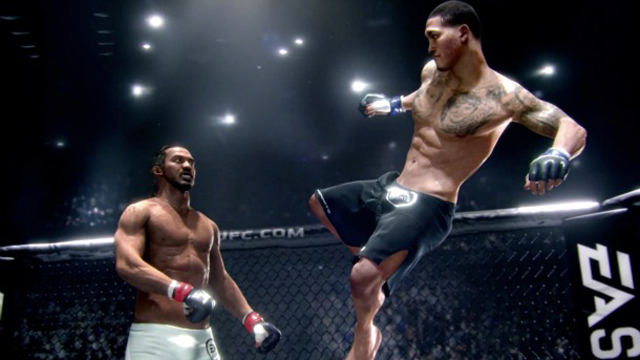 EA Sports UFC continues to reveal fighters that will be in their upcoming video game.  The most recent released over the last week or so have been Donald Cerrone, Mike Easton, Joe Lauzon, and Cung Le.

The latest screenshots of those fighters can be found below.  They have also been added to our full EA Sports UFC Roster Reveal gallery which includes all of the fighters announced so far in EA Sports UFC.

Click the screenshots for high quality versions of each fighter.

The screenshots look incredibly realistic and certainly better than anything THQ released in their UFC Undisputed series.  Whether that translates into a great game or not still remains to be seen.

For those of you that are interested in some background knowledge, you can get more information on each fighter at the EA Sports UFC Roster Reveal page.

EA Sports UFC is still scheduled for a Spring 2014 release on the PlayStation 4 and the XBOX One.