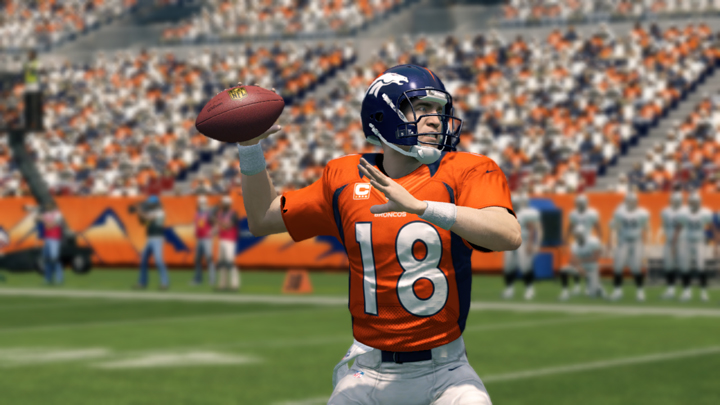 The roster update mostly affects the 4 teams that were in the Conference Championship games along with some players from other teams that were knocked out of the playoffs last round.

One player made the jump to the exclusive 99 overall rated club this week.  Can you guess who it is?  I’ll give you a hint:

If you guessed former New England Patriots tight end Aaron Hernandez, you would be wrong but you’re no fool so you know we are talking about Seattle Seahawks cornerback Richard Sherman.  Sherman made the game clinching play that sent the Seahawks to the Super Bowl which was just enough to bump him up 1 point from 98 to 99 overall.

Broncos DT Terrance Knighton got a ratings boost to go from 84 overall to 87 overall due mostly to the fact that he destroyed the Patriots’ offensive line all game.  Some notable individual rating increases for him include block shedding going up 2 points to 94 and tackling up 7 points to 89.

As you’d probably expect the teams that advanced to the Super Bowl got better in this Madden 25 roster update while the teams that lost got a little worse.

You can view the entire roster update spreadsheet at this link courtesy of EA Sports.