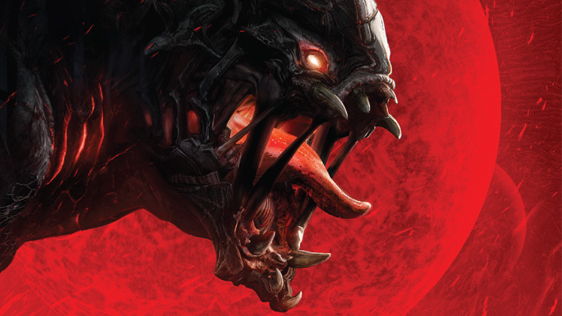 With the first full year of the Next-Gen consoles, developers are beginning to reveal more details about upcoming games for the Playstation 4 and Xbox One.

One of such titles was given its first extensive preview through a cover story with Game Informer, where Turtle Rock spoke about some of the finer nuances for their upcoming shooter title, Evolve– a combat game that will center around 10-15 minute matches.

With a role-playing-esque upgrading system, players will be able to choose from four different classes: Assault, Medic, Support, and Trapper—as reported by Brenna Hillier of VG 24/7.

The skills for the classes have also been revealed, such as the Assault’s shield, the Medic’s presumed ability to tend to the wounds of other players, the Support’s ability to place shields over allies—while throwing epic sky-summoned projectiles at enemies, and the Trapper’s ability to confine monsters to what has been referred to by many sources as a “mobile arena.”

The underlying similarity to all of these classes is the jetpack, which will undoubtedly allow players to go aloft in epic fashion. In addition, guns will have unlimited ammunition, which should make

However, the title of the game suggests some sort of Darwinian change during the course of the game. As such, the alien-creature in the game is called the “Goliath”—a monstrous creature that is pitted against the four human classes.

Able to evolve by consuming various AI NPC’s—which often entail other wildlife– the creature’s intimidating stature is amplified when its ability to breathe fire is considered. In addition, the Goliath will be able to charge the player, leap on the player, and send projectile boulders careening toward the player.

Slated to release later in 2014 on the Xbox One and the Playstation 4, Evolve is being published by 2K Games—the company responsible for the popular comedic shooter, Borderlands.