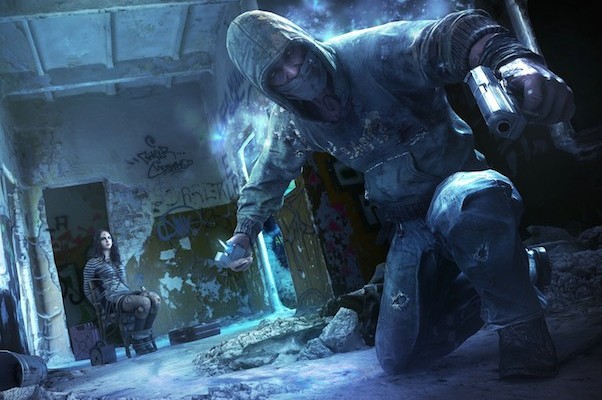 Last week, developer The Farm 51 announced next-gen FPS Get Even, due in 2015 with a storyline that “mixes elements of thriller and horror with exploration.”

The development came with a debut trailer, which is deeply obtuse in terms of offering any actual ideas of how the narrative will play out or how the game will actually play when it hits Xbox One, PlayStation 4 and PC next year. Still, it sure is pretty:

According to a press release, Get Even promises to eschew “the usual clichés and gung-ho settings currently inhabiting the FPS genre.” The Farm 51 also promises to blur the line between single and multiplayer with an interconnected story  – according to the press release, “the route the player chooses to follow determines their personality as the game unfolds.” As players embark on solo quests, other players can jump in as enemies, with the original player never being totally sure if they’re fighting off an AI enemy or one controlled by a fellow human being.

The Farm 51 also boasts that Get Even is the first game to use “large-scale, real-world scanning to create expansive and lifelike environments.” It’s unclear whether the debut trailer is at all representative of in-game graphics but if any of that scanning is at work there, it’s certainly something to keep an eye on.

What did you think of Get Even’s debut trailer? Can The Farm 51 deliver on its promise of expansive, detailed environments and a paired single-multiplayer experience? Let us know in the comments.