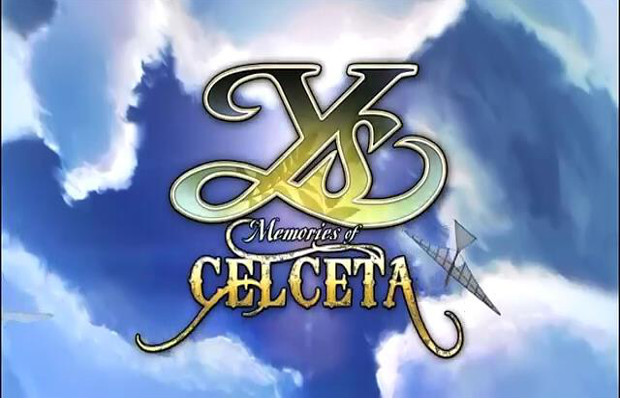 Ys: Memories of Celceta is technically the fourth game in the Ys series, but this iteration is the first time the game has appeared on North American shores, despite the appearance of a different “Ys IV” years ago. So this is the official Ys IV, though not by name in this case. Confused? That’s all right, because all you really need to know is that Ys: Memories of Celceta is a great RPG.

The game once again stars series protagonist Adol, who this time emerges from a massive uncharted forest of Celceta with no recollection of who he is or what transpired in the forest. After the amnesiac Adol and his old friend Duren clear a nearby mine of monsters, they are commissioned to chart the forest for a terrific monetary reward. This is a great setup for the game, as the majority of the forest is technically open, and it’s just a matter of exploring it as a little counter on the map screen slowly logs the total percentage of completion. There are enemies very early on that may be three times your level, and you’ll merely need to rush past them and press on. Other areas are not accessible until you’ve got the right item. It’s a cool idea that makes the game feel less like a linear RPG and more like a rich world available to explore. Mapping out the forest won’t take too long, but there is a wealth of great side-quests to work on as well.

It’s worth mentioning that while Memories lacks most of the brooding self-seriousness of other games of the genre, it also mostly sidesteps the annoying zaniness that other games tend to skew towards. It’s just funny, without trying to hard or being too aggressive. It’s a mostly lighthearted story with injections of drama, and the tonality is balanced quite well. Even better, the English dubs are just fine and won’t have you diving for the Japanese voices (which sadly are not present anyway). The game looks good enough, but the gorgeous animated sequences that advance the larger chunks of the story are the real showstoppers.

Memories of Celceta’s combat is almost entirely action-based. There’s no overworld in which you bump into an enemy and enter a battle screen, either; you run up to the creature and start hacking away. Thankfully, the tight controls supplement this wonderfully, and the fairly mashy combat is also mixed up with a guard ability as well as additional special skills that can be toggled with the trigger. The attack animations and flashes of special effects that occur upon impact all look great and make the legion of slayings incredibly satisfying.

Attacks boil down into three types: Slash, Strike and Pierce. Many enemies are weak to a specific type of attack, and each of the main characters is strongest in one of them. If an enemy falls to the right type of attack, it will yield far more materials as well as potential bonus items. Eventually you’ll recognize different vulnerabilities, and it becomes a fun balancing act to switch between characters to make sure the right attack fells the right enemy. It’s certainly possible to kill an enemy with something it isn’t vulnerable to, but you’re in much better shape if you strategize effectively.

In particular, a kill may sometimes yield a new special attack, which can be slotted into one of the face buttons. Using these attacks will build a meter which, when filled, will allow the character to unleash an Ultimate attack, a ludicrously powerful attack that will level the battlefield and shave a sizeable chunk of health from boss creatures. These attacks are incredibly satisfying.

Certain materials can be collected to upgrade weapons, giving a bit more depth than simply blindly looking at numbers and swapping out for the weapon with the best stats. Materials can be used to reinforce certain weapons to increase their stats or even grant them additional bonuses. It may sometimes be better to supplement a weapon that has favorable stats with a slight increase or special ability—say, poison—than it is to just equip a new weapon. It’s that sort of careful number crunching that makes this game so palatable (and is so woefully glossed over in many modern RPGs).

The Vita’s hardware is utilized perfectly: It’s not necessary to use the touchscreen, but it’s there to advance dialogue boxes, select menu items, or navigate the map, and can be a bit snappier than hitting the X button over and over. Dragging your fingers together or apart on the rear touchpad will alter your teammates’ styles (Attack and Evasion). In particular, these functions make Memories of Celceta feel like far more than a copy-and-paste port and more like a full-fledged game with the appropriate amount of care put into it.

One mild glitch that reared its head a few times involved a slight loss of progress. Upon returning to the game after leaving, I found that while my physical progress in the game world was intact, but I had lost a couple of levels of character progress. This glitch only appeared on occasion and didn’t cause too much of a setback, but it was frustrating to have to grind back up to where I was.

It’s hardly a dealbreaker; Memories of Celceta is one of the year’s best Vita games, and if that praise doesn’t seem very weighty given the system’s anemic library, we’ll add that it’s simply one of the best games of the year, period. It looks and feels great, is fun to play, and it sucks you in with its great use of a plot trope that should be now be exhausted. The combat is flashy and exciting, and there’s enough content to keep you engaged for quite a while. This is one of those games that will make you proud to be a Vita owner.

Ys: Memories of Celceta was developed by Falcom and published by XSeed. A copy of the game was provided by the publisher for review purposes.