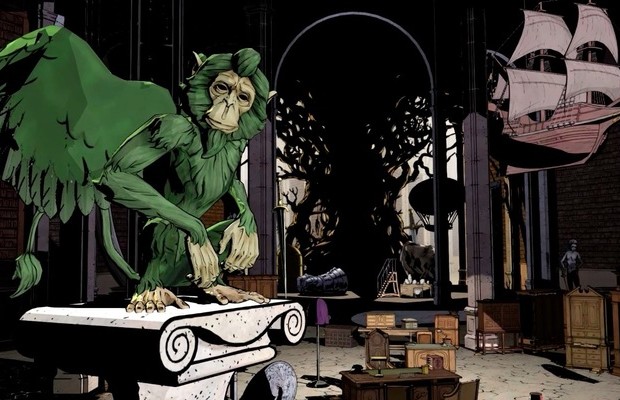 File this rumor under “awesome” and “All I want for Christmas is for this to be true:” Telltale Games, developer of the mega-popular The Walking Dead adventure game as well as multiple others, may be working on a game based on Game of Thrones.

The HBO show is based on the popular George R.R. Martin book series A Song of Fire of Ice, with the title of the show coming from the first book in the series. Whether the game follows the title and plot of the book or show, the content of each is fantastic fodder for an adventure game: the story is a blend of high fantasy and political intrigue with multiple characters and plotlines–almost a laundry list for a solid adventure game in the cataloge of the acclaimed developer. The project would more likely skew towards the novels, as they offer more fodder, would probably cost less in terms of the rights, and would follow logically considering the most recent (and arguably most popular) games from the studio (The Walking Dead and A Wolf Among Us) were based on the printed page.

Although, it might not be true at all: when asked by IGN whether or not this is actually happening, Telltale responded with “We get these sorts of rumors about what we could be working on next cropping up all the time. Officially we have no comment.”

On the one hand, this could mean that Telltale doesn’t want to fan any more flames of another rumor. On the other hand, who doesn’t have something to hide when they say “no comment?”

Tell us whether you think it’s true in the comments, or find us on Facebook and Twitter!