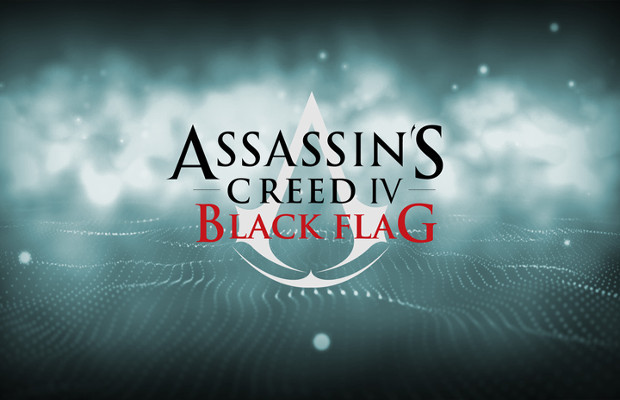 The advent of this console generation saw the inception of Assassin’s Creed, an impressive title that blended action, stealth, and traversal. To boot, it also cleverly spun a storyline that involved documented history blended with the fantastic, all wrapped up in an engaging science fiction story. Still, with over half a dozen games in the series, it was starting to show its age. As it happens, that special ingredient the game needed for new life was…pirates.

Impressively, Black Flag does not feel like an “annual” game. Several years in the making and the result of over seven studios’ work, the game feels like a full AAA title. There are certainly recycled elements and even ambient lines of dialogue, but Ubisoft’s game plan of having several studios begin work on the title back in 2011, alongside Assassin’s Creed III, rather than just give it a facelift for the new edition of the year, make it a fully featured title in the series that feels like a real sequel. Whether or not this trend continues for each annual entry remains to be seen, but for now it would be a mistake to dismiss Black Flag solely on that basis.

This is by far the best storyline in the series since Assassin’s Creed II, mostly because it breaks so many conventions of the series. The narrative focuses on notorious pirate Edward Kenway, father of Haytham and grandfather of Connor, the protagonist of Assassin’s Creed III. There are a good number of twists and subversions of series tropes that will not be spoiled here, but suffice it to say that Edward’s status as a pirate and his quest for fortune fit comfortably alongside the Assassins and their cause in the best way. Edward’s character arc is very good, and the story has several goodies including the chance to fight alongside Blackbeard himself.

Ubisoft Montreal nailed the pirate theme. It’s all here; tavern fights, sea shanties, buried treasure—this is a pirate game, through and through. At the same time, the developer did not forget that this is an Assassin’s Creed game. There are still assassinations and Templar intrigue aplenty, and even with the startling conclusion to the previous game, the writers manage to keep the story of Abstergo compelling with a silent protagonist sent to unlock secrets around a facility at which he works—a series of missions in between story sequences that serve up plenty of tantalizing story bits for the franchise.

The biggest change here is, of course, the increased focus on ship exploration. It was a mechanic explored in Assassin’s Creed III to great success, and here it takes up a good chunk of the game. One could spend hours just sailing the seas and hunting down ships. Each ship has its own level and stock of supplies, so you can pick and choose who to take down. Those supplies can either be sold to a harbormaster, or used to upgrade your ship, the Jackdaw. Upgrades range from better cannons to improved ram damage, but also incorporate cosmetic changes such as new sails. Ship combat is as thrilling as it’s ever been, with bone-rattling cannon blasts and epic close shaves, though the hand-to-hand combat is disappointingly not nearly as absurdly violent as it has been in the past.

The huge open world is filled with plenty to do. Tons of collectible Animus fragments, chests to loot, Assassin and Pirate contracts to carry out (which range from killing a target to eavesdropping on someone) and far more keep the game engaging. Whaling is a new and exciting addition, as your prey will start jerking and dragging the fishing boat along with it, and even turn around to attack eventually. Certain areas allow Edward to go diving for treasure with the assistance of a diving bell, though the sharks will consider it lunchtime if you don’t watch your back and hide when necessary. Land hunting also makes a return from the previous game. Helpfully, each island and location is sectioned off and given its own checklist, and its map symbol turns to gold when complete to easily see how many of the locations have been completed. Moreover, performing various challenge and hitting benchmarks unlocks multiplayer emblems and fun cheats, such as giving Edward a plethora of clichéd pirate sayings.

Similar to what was started in Brotherhood, Kenway can send his recruits on missions, though here they entail sending ships on various missions, usually to trade cargo. It’s a way to make a little bit of money on the side while Kenway handles his own missions. These missions can be made less dangerous by having your ships do battle with those on the path, which is shown through a simplistic back-and-forth skirmish vaguely reminiscent of Pokemon.

Ubisoft Montral has largely squished the bugs that were so tragically numerous in the previous title. The frame rate stutters at times, particularly during a Leap of Faith, and ships will occasionally clip through each other during battles, but overall the game is far more polished than the series has been in the past. The climbing, too, has been cleaned up a bit and the game is more intelligent in knowing where you want to go, but there are still the occasional parts where Edward will clumsily scoot up and down on one piece of architecture, or leap directly off from a handhold instead of clambering up.

Multiplayer is remarkably smooth, and matchmaking goes off without a hitch. It’s exceedingly rare to encounter any connection problems in the sessions. The modes themselves are still a lot of fun, particularly the excellent Manhunt mode in which one team must track down another team and kill them without accidentally slaying one of their civilian look-alikes. It’s a tense mode of waiting for someone to make a mistake, and waiting for the right moment to break your cover. Another stellar mode is Wanted, in which a team has their own targets, with the other team hunting the first team. This stacked cat-and-mouse is the highlight of the mode. There are also versions of Capture the Flag and Domination, which work well enough.

They’re all fun, and there’s a deep pool of abilities and character augmentations to accrue as you progress through the levels. However, it cannot shake the feeling that Assassin’s Creed is simply a game that doesn’t really need a multiplayer element (the financial and game longevity benefits notwithstanding), and it lacks that mystery killer app that would really propel it to the forefront of the multiplayer arena. As it stands, it’s very fun but not something everyone will want to come back to time and time again.

However, the cooperative mode, dubbed Wolfpack (another return from ACIII), is actually quite cool. These missions bring up to 4 players together to take down groups of contracts together. They’re mostly timed, with each kill adding more time to the clock. The players can split up, or work together to take down marks. It’s a lot of fun, and it’ll be cool to see what else Ubisoft can cook up in the mode.

Finally, PS3 owners get a nice treat with the Aveline DLC, an additional hour of gameplay starting the heroine of Assassin’s Creed: Liberation on the Vita. Far from a throwaway content addition, this mission set takes place on a patch of Rhode Island entirely separate from the main campaign as Aveline looks for more answers and helps with the slave liberation. It’s not a lot, but it is a good little side story and it makes the PS3 version of the game the superior edition if you have the option.

Black Flag does what the last game barely missed doing and gives the Assassin’s Creed franchise a hefty dose of adrenaline without flying off the handle. Along with being an excellent entry in the franchise, and undoubtedly the finest installment since series highlight Assassin’s Creed II, it’s also a highly entertaining pirate game and a breath of fresh air for the series. The fact that Ubisoft Montreal was able to blend the pirate feel with the mythology and rich storyline of its flagship franchise so well makes it even more impressive. Whether or not you’ve been away from the franchise for a while, Black Flag is definitely worth setting sail with.

Assassin’s Creed IV: Black Flag  was developed primarily by Ubisoft Montreal and published by Ubisoft. A PS3 copy of the game was provided by the publisher for review purposes.