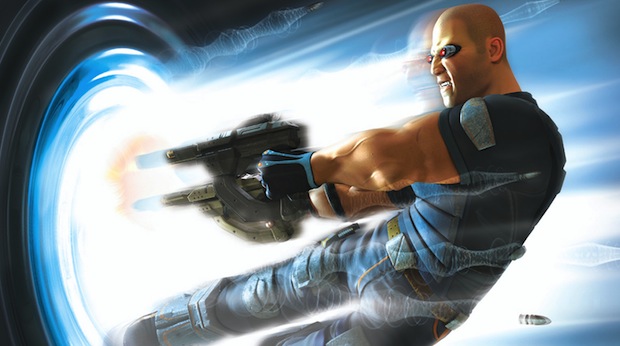 TimeSplitters fans, all that waiting may finally pay off.

TimeSplitters Rewind is in development for the PlayStation 4 by a team of about 35 part-time developers, according to an interview with project lead Michael Hubicka at Cinemablend.

The game is a multiplayer-based revival of the cult shooter franchise, a collection of maps, weapons and characters from the previous games in the TimeSplitters series. However, it’s unclear whether Rewind will actually release on the PS4 – the game uses the CryEngine 3, and the team needs approval from Crytek’s legal department before being able to unleash it upon the gaming public. The team is working on that, however.

Hubicka goes on to say that development for an Xbox One version of the title isn’t in the cards at the moment. He says the certification process for the Xbox 360 – which he said ends up costing developers about $10K per patch – was a “huge turnoff,” and that Microsoft “still haven’t really said anything appealing to me that would definitely make me think ‘Okay, let’s do this for the Xbox One.'”

That doesn’t mean he isn’t interested, however – “the more the merrier.”

The team is about 20 percent done with the game, Hubicka said, and they plan for a playable alpha sometime this holiday season. The team will release content as it becomes available.