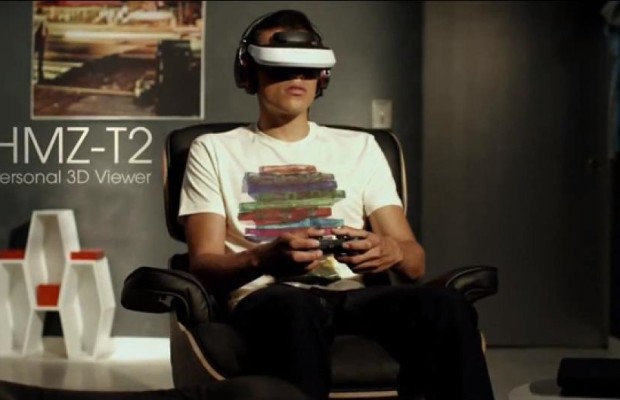 According to a story from CVG, Sony is planning to reveal their plan for virtual reality on the PS4 at TGS this year. They intended to reveal their plans at Gamescom, but apparently plans fell through not long before their press conference. Interestingly enough, it does not say that Sony will be teaming up with the Oculus Rift people. Instead, they are going to release their own VR headset. This isn’t too surprising, given the fact that Sony has already dipped their feet into the VR market, albeit unsuccessfully with their 3D headset a year or two back.

The headset will be released separately from the PS4, not unlike the Eye, so as to keep the price of the system low. An anonymous developer has said that Evolution Studios is working with the peripheral to work in conjunction with DriveClub’s cockpit mode. Another anonymous dev has stated that the headset resembles the Sony 3D headset. Adding even further weight to the rumor, President of Sony Worldwide Studios Shuhei Yoshida had this to say when asked about the possibility of Sony looking into VR tech for the PS4:

“Y’know, we’re Sony, so we have lots of different things and different ideas in R&D. When it come to researching things, we are doing a lot of things that we can’t talk about.”

Now, we can’t know if any of this is true until TGS, which starts on the 19th. Until then, it’s all just pure speculation.