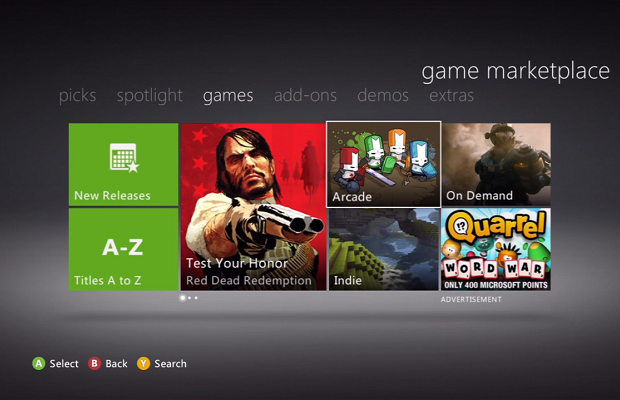 The Xbox Live Marketplace, home of of all your XBLA games, has officially been rebranded as the Xbox Games Store. This change has been in the works for some time now, and is meant “to make it easier for consumers to find content both on Xbox 360 today and Xbox One when it launches in November.”

The Xbox Games Store will now sit aside the Xbox Music and Video stores, and will hopefully streamline access to Microsoft’s digital releases.