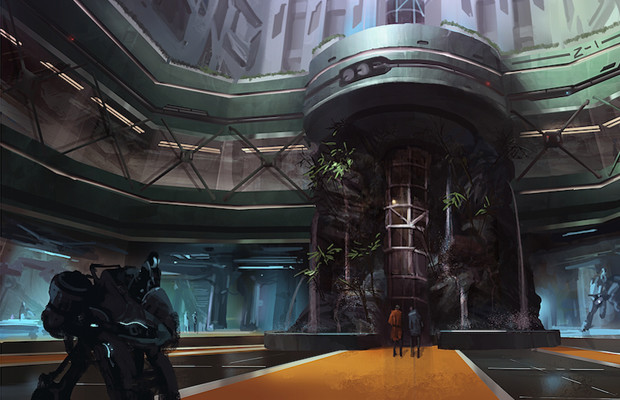 There are many ways to my heart. Robocop, pie, a good single malt scotch. Those are all wonderful. But the words “sci-fi”, “time travel”, and “Skyrim engine” in the same sentence make my heart swell with excitement and joy. Leave it to Obsidian to ruin that feeling.

According to All Games Beta, Backspace was in development back in 2011 with some prototypes actually being developed. “The easiest way to look at it is a mix of Mass Effect, Borderlands, and System Shock 2 for gameplay and setting,” says the games design document. While the game wasn’t open world in the general sense, you’d be able to travel between different planets and a space station that’s comparable to the Citadel in Mass Effect. And all of this was running on Bethesda’s Creation Engine, the same engine that powers Skyrim.

The story sees you playing as a cyborg who’s 10% machine, 90% man (Essentially Robocop), that sees an alien race waging war against the character and your buddies. A “technical error” as AGB put it, sees you flung 10 years into the future, and jumping between your present, and the alien occupied future. While Obsidian is currently focusing on South Park: The Stick of Truth, and Project Eternity right now, it seems that Backspace isn’t completely out of the cards just yet. Obsidian, please make this game.