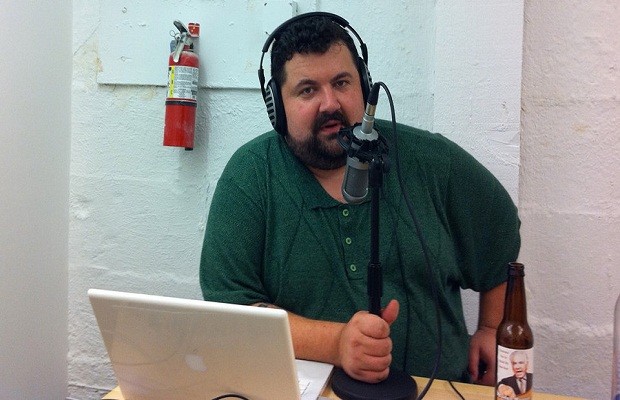 I remember the first and only time I met Ryan Davis. It was on Saturday at PAX East 2013, the day after Ryan had consumed “certified breast milk” at the Giant Bomb panel the night before. I was talking to Jeff Green at the PopCap booth when he rudely interrupted our conversation by saying, “Alright, where is the line for the press?”

My initial reaction was, “What the hell, man?” But, I really couldn’t stay mad very long. Ryan was a joker, and even though I didn’t know Ryan Davis, I felt like I did. I’m sure there are many that can agree with that statement. That was due to his (and the rest of Giant Bomb) building a website that revolved around being as open as possible about what the hell it is they do over there, and my following Ryan from his days at Gamespot to his co-founding of Giant Bomb with fellow Gamespot alumnus Jeff Gerstmann.

I was maybe ten years old when I first started reading, listening and watching Ryan through this newfangled contraption called “the internet.” General surfing of Gamespot.com, watching On the Spot and listening to the Hotspot made me feel like I knew these folks, Ryan included. In fact, if it wasn’t for him, I may never have even put myself out there to pursue a career as a games journalist (something I’m still working to break into, whatever that means). Here were people dedicating their careers to writing about and reacting to video games, a job I had never seriously contemplated until my sophomore year of college. Though the idea was always there, I suppose, thanks to those that did it. But no matter how serious things could get, Ryan kept it cool.

As I read through the wonderful words written in his memory on Twitter and the like, I’m reminded that whether you make a lifelong career out of managing a restaurant, teaching English to high schoolers or writing about games, there are people whose lives you will affect, people who will remember you and isn’t that all anyone really wants? To be remembered?

Ryan, you will be remembered.