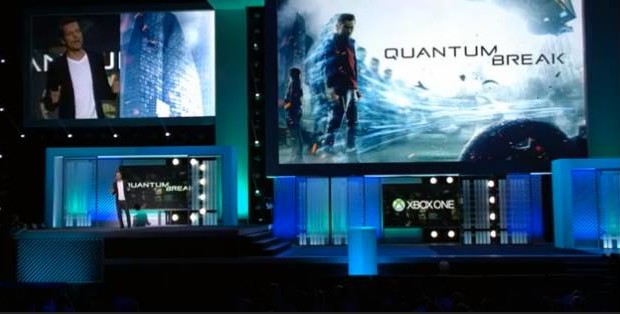 More details on Quantum Break have arrived during Microsoft’s E3 press conference. It will be an episodic game that has blends TV shows and have a really neat time effect.

Seen in the screenshot, you have a power to stop time to rescue people. Almost simiarlily to the film Source Code, and things that impact in the game will impact the TV show like Defiance.