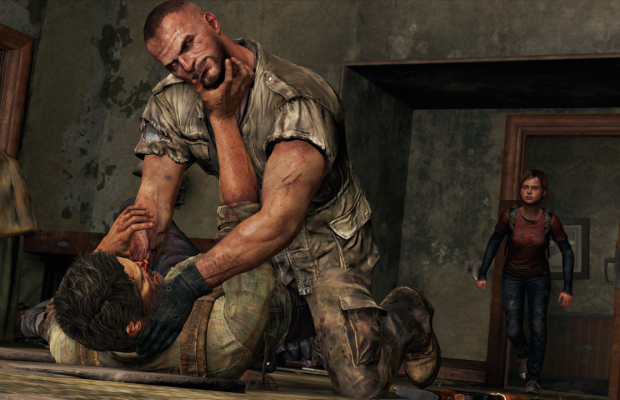 After months of absolutely no information on the multiplayer aspect of The Last of Us, major information has leaked concerning the mode. It appears that the wait was worth it, because the mode stands to completely redefine multiplayer–just as Naughty Dog promised.

Pastebin has the code string in its entirety. It appears that, at its most core, the multiplayer is more survival, but with a group. At intervals, small quests are given such as “A small group of Infected have been spotted heading in our direction. Improve the training of the clan to fight off the Infected and attract new members.” Doing so will help increase the strength of the clan and fight off other waves of Infected or marauders. A GameSpot forum post gives a breakdown of some of the features if you’d rather not dive into the code:

– The Multiplayer has certain random events (sort of like RDR) that happen in your playthrough. Some of which can threaten or help your clan

– The Multiplayer has mini-missions structured for you like surviving a certain amount of time, etc

– You can train Clan members (in what way, its still not clear)

– Depending on how well you train your clan members, you can do rescue missions to free hostages taken during the outbreak

– Mission performance determines how many people you  gain or lose

– Mission performance also determines how many One-Use Boosters you earn

– You can spawn next to your teammates

– Boosters are back from UC3, but completeely redesigned and works in a colossaly different way (non-spammable and some are one-time use)

– There might be certain parts of the maps that are contaminated with viruses, you’ll need to search/loot for masks or risk getting infected

– Your teammates / Clan members can get infected

There are lists of cosmetic items in the code as well, which points to robust customization. NeoGAF also points out the existence of classes, each of which have specific abilities:

The actual survival element looks to be extremely intense: the code makes multiple mentions of outbreaks of malaria sweeping the area (possibly a randomized event) that can be debilitating if a clan does not have medicine. Of course, that medicine can be taken from another clan, which not only protects against the sickness, but also puts the opponents at risk. It goes even further with the capability to set traps for wildlife and make fires, as well as craft and upgrade weapons and supplies with materials scattered around the (again, possibly open-world) environment. Sickness and hunger, presumably, translate to lower stats for the player affected. There are still a lot of questions surrounding the mode, but this is a pretty good helping of exciting information.

What feature seems like it will be the most exciting? What else do you want to see that would make it better? Tell us in the comments, or continue the discussion on our Facebook and Twitter.

Tags: naughty dog playstation 3 The Last of Us