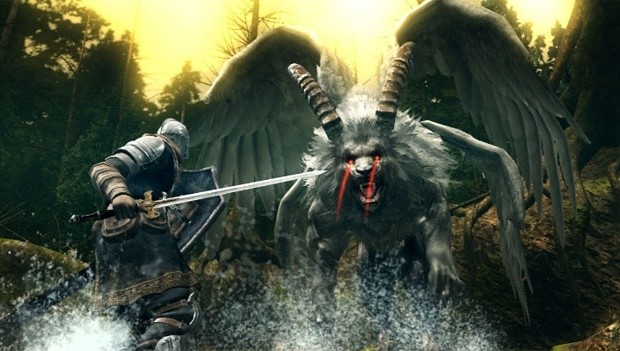 There are a lot of things to be excited for about Dark Souls II, but if there’s one thing that would make that excitement even more tangible, it would be a release date. It looks like we’re in luck, sort of.

A NeoGAF reader spied a large banner while driving past the L.A. Convention Center earlier today, announcing a March 2014 release for the game.  It’s nice to have a semi-solid release date, but it won’t make the wait much easier. For now, the game is set for current-gen consoles and PC, though with the graphical fidelity promised by From Software, it’s possible we’ll get next-gen ports as well. Check out a photo of the banner below.

Are you glad to have something to look forward to, or disappointed that the date is so far off? Tell us in the comments, or continue the discussion on our Facebook and Twitter.