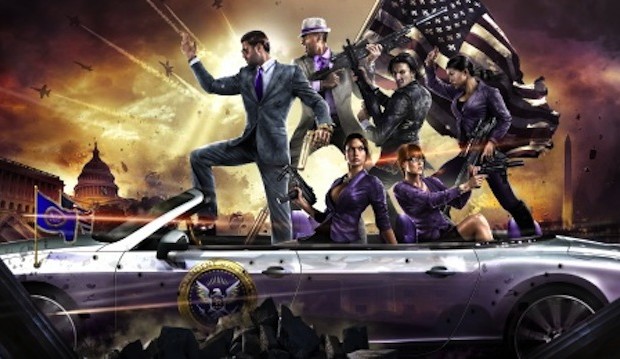 Volition has launched a new video series showing off some of the hero’s new powers. The first in the “Hail to the Chief” series, called “Saints Force One,” shows the President – clad in an Abe Lincoln-style hat, wrestling spanks and bunny slippers – knocking an enemy into the stratosphere…and then having a dance party, in true Saints Row style:

Box art for the game’s “Commander In Chief” edition was also revealed, courtesy of our friends at All Games Beta. Though there are no substantial differences in the actual art, the Xbox 360, PlayStation 3 and PC versions are on display.

Saints Row IV is the latest installment in Volition’s over-the-top insane open world action series where just about anything is possible – a franchise that began this console generation as an also-ran Grand Theft Auto clone but appears to be ending it with at least as much popularity as Rockstar’s giant, if not more. Incorporating elements from abandoned Saints Row: The Third DLC, this entry puts players in control of the Saint who’s been elected president of the United States – just in time for aliens to invade the planet and stick everyone in a computer-generated simulation of Steelport, Matrix-style.

Are you excited for Saints Row IV? Why or why not? Let us know in the comments.