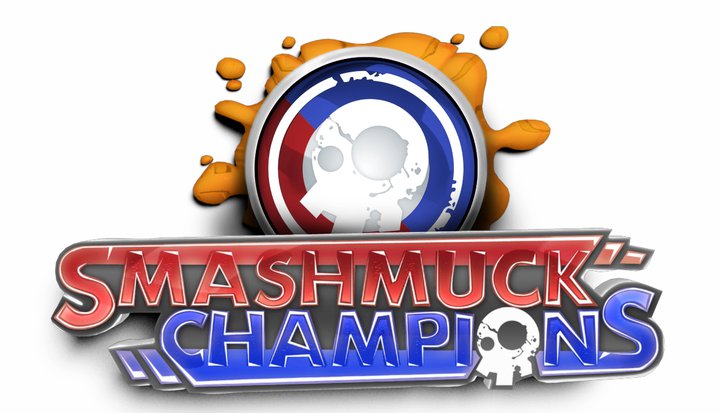 MOBAs (Multiplayer Online Battle Arenas) have enjoyed a snowballing success over the past few years. The unique hybrid of action and strategy games started with a mod, and expanding into full-fledge titles. Since that initial spurt, the genre has erupted with a multitude of same-y additions that do little to add to the genre, with exceptions. Kiz Studios seeks to put in a serious effort to shake up the genre, refusing to deliver “just another MOBA” and instead compiling a much more robust package featuring a futuristic, multifaceted game show.

You’ll be hard-pressed to find a faster-paced MOBA than SmashMuck Champions on the market. It moves briskly, with character speed at least double that of most other games in the genre, making the game slightly less of a straight strategic affair and more of an action-based, adrenaline-fueled game. This is partly attributed to the WSAD character controls (and a jump key!), and gives the game a brawler feel that makes for some very frenetic fights.

One of the most noticeable aspects of SmashMuck Champions at first glance is the fantastic character design. This game ranks up there with games such as League of Legends in creativity in character design, and arguable surpasses that game in some respects with some truly crazy-looking characters. An added plus is that many of these characters vary in playstyle, size, and speed, making for a distinctly different experience no matter which character you take onto the battlefield.

There is an impressive slew of game types to choose from here: apart from the “standard” MOBA game mode of storming a base with the aid of a constantly spawning stream of expendable minions, there are a few other options as well. There is the Conquest mode, which functions as a capture-and-hold (or Domination for you CoD-types), the feverishly-paced capture-the-flag themed Plunder Ball, and the zany Destroyer mode, in which each team is given a metal behemoth and must keep it running whilst stealing the resources of the other team looking to do the same. This latter mode is a little tricky to figure out at first, but once it clicks, is one of the wackiest of the modes.

There’s really just a lot of game here. On top of the robust selection of game types, the end of each match yields not only XP for the character, but also XP for the weapon and a multitude of badges. A dedicated SmashMuck player will be able to develop a unique a specific play style based on a favorite loadout, which is a level of persistent progression that is not often seen in this subgenre. Thankfully, these persistent, upgradeable loadouts are fun, but a lack thereof doesn’t really soil the experience. While it remains to be seen how good the matchmaking will be when it comes to dividing up these players, playing against the small pool of matched beta players (or bots) is fun no matter what your skill level is.

There are a few strange quirks that hold the game back from being a smooth experience. First and foremost, secondary abilities annoyingly have to be selected with the corresponding number, then deployed with the second mouse button—a two-step process that can be a hindrance in the heat of battle.

The game also suffers from a few mildly ugly interface elements that don’t necessarily affect gameplay but don’t really make the title great to look at, either. The scoreboards, as well as some of the fonts and icons, just look too basic, as if they were borrowed from open sources. This is likely not the case, but it’s still a bit jarring to look at when the designers did such a bang-up job on character design.

Since it’s not been officially released yet, it’s possible that this might be fixed, but for right now it appears that some animations are skipped over. Plunder Ball is the biggest victim of this, as sometimes it is difficult to know for sure whether the ball has been captured or a point awarded without having to move your eyes away from the action to double check. As this is a beta, character imbalances and connectivity and matchmaking errors are to be expected, and are indeed present, but on a technical level SmashMuck feels significantly more polished that other games might be at this level.

I wasn’t in love with SmashMuck Champions when I first started playing, but I can look past some unpleasant interface design choices and respect the unique gameplay and terrific character design. The game makes some bold choices when it comes to MOBAs, and those choices make it quite a unique choice in the rapidly expanding pantheon of this subgenre. There are things that need fixing (and the HUD and interface are pretty bad), but overall this looks like it might be a good addition to any serious MOBA player’s library.