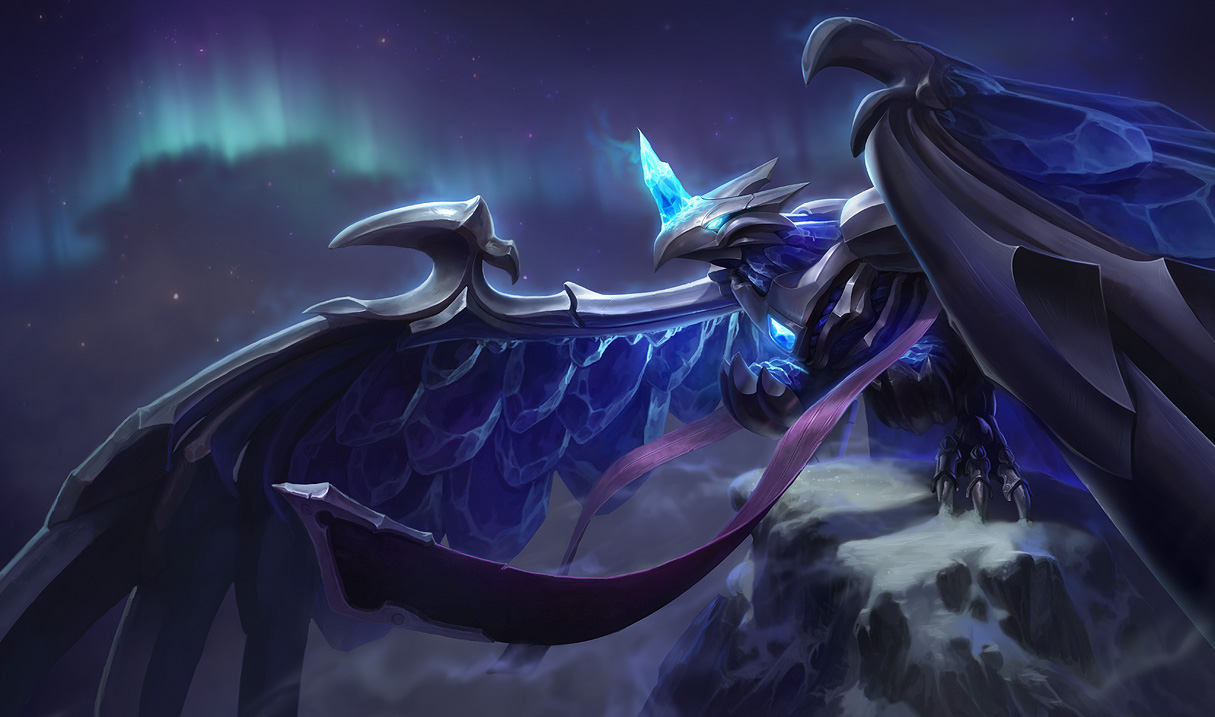 It was only this morning that we posted about the next League of Legends patch being right around the corner. It looks like that date may be right around the corner. Riot Games has posted the official patch notes for update 3.6. Included is the Frejlord update, balancing fixes, the Great Abyss and ARAM matchmaking, and more! It’s a very lengthy post, so prepare yourself.

Lissandra the Ice Witch is in the 3.6 build and will be released at a later date.

Sejuani has been relaunched with a new model, updates to her story and a revised kit. For more information on the Winter’s Wrath, click here.

Trundle has been relaunched with a new model, updates to his story, and changes to his kit. For a full rundown of the Troll King’s changes, click here.

In Patch 3.5, we changed Draven’s Spinning Axe to lead Draven more accurately when he was benefitting from movement speed increases. Unfortunately, these changes were very disruptive for dedicated Draven players and didn’t offer enough potential for skilled players to showcase their skill through covering long distances between throwing and catching. We decided to revert the change.

With our previous patch changes, we increased Karma’s overall usability and Mantra generation. These changes are more focused on smoothing out Karma’s early game presence by giving a damage increase to Inner Flame’s lower levels and buffing Inspire to make it far more effective at level one.

Additionally, by lowering the cooldowns of three of Karma’s abilities – including her Mantra – Karma will synergize better with Gathering Fire, allowing her to scale into late game.

With a 95% movement speed and attack speed reduction at max levels, Wither was completely shutting down champions reliant on auto-attacks with no opportunity for counterplay. By reducing the attack speed slow, Nasus is still effective at suppressing champions, but his victims will now have the option to turn and fight.

We wanted to highlight Quinn’s great strengths as an unconventional AD carry with high cross-map mobility. As such, Quinn can now use Tag Team more reliably in and out of fights, and the additional movement speed on Heightened Senses should allow her to remain more elusive in skirmishes.

For the other two changes, we gave Blinding Assault an ability power ratio so that players can gain some additional power when building items like Trinity Force or when receiving the Baron Nashor buff. For Vault, we added a mini stun on Quinn’s target as she dashes toward them, making it more reliable as an escape.

Death Sentence and its passive were providing too many benefits at early levels with their high poke, burst damage, and lowered cooldowns. By moving the passive damage bonus from Death Sentence to Flay, Thresh players will now need to think strategically about how they level their skills.

With these changes, we wanted to accomplish a few separate things. First, we wanted to tone down Udyr’s overpowering early game Tiger Stance damage, but we also wanted to let him scale better into late game. These changes were implemented by scaling the attack damage ratios on Tiger Stance’s active damage.

Second, by changing the active damage of Tiger Stance from magical to physical, it should be more intuitive to itemize against Udyr. Additionally, it will also be easier for Udyr to itemize properly, as he will gain further benefits from attack damage focused items like Black Cleaver or Last Whisper.

Previously, Zed could safely farm large minion waves with Shadow Slash by consistently resetting the cooldown of Living Shadow. These changes were intended to promote aggressive play with Zed while also creating a window for players to engage on him in lane.

Elixir of Fortitude is meant to be an “all-in” burst of power for players looking to take control of a situation. With its low cost, however, players were simply defaulting to it as a general starting item with no significant repercussion. Increasing the gold cost of Elixir of Fortitude aligns it better with the risky strategy it was intended for.

Alongside our Elixir of Fortitude change, we wanted to tackle ultra-high sustain starts where players were beginning the game with as many health potions as possible in order to safely sustain in lane for long periods of time. However, these high sustain starts also destroy any incentive players have to interact. Manaless champions in particular benefitted from these starts, resulting in some mana-based opponents being unable to burn through the high levels of sustained HP. We will monitor starting item builds and champions that relied heavily on high potion starts, but wanted to focus on addressing passive high-sustain builds first.

With every patch, we strive to improve the look of the game in varying degrees.  We recommend that you have the latest available video card drivers installed.

This is the most excited to play League of Legends that I’ve been in quite some time. Do you share that opinion? Let us know below!