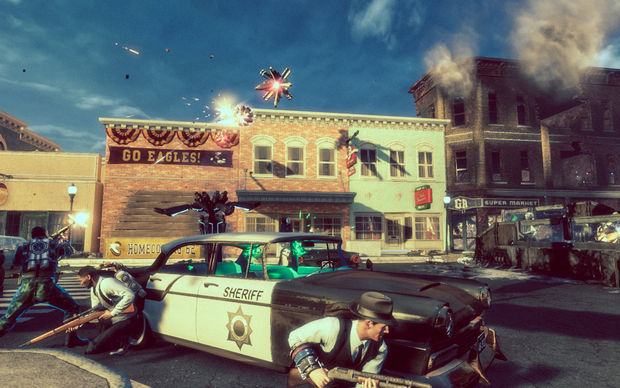 That XCOM related reveal set for today? Turns out it’s the XCOM shooter but it’s much different with a new name: The Bureau: XCOM Declassified.

Still set in 1962, it tells the origins of XCOM and how it got started from humble beginnings during the height of the Cold War. You’ll take on the role of William Carter, fighting off extraterrestrial enemies with a squad of teammates.

It was originally revealed as XCOM before getting delayed tons of times and with the success of the strategy-infused reboot of XCOM: Enemy Unknown, would the shooter see the light of day? It’s not a first-person affair anymore as it’s entirely third-person. But from what you saw from previous game footage over the years still retains true. You’ll still be controlling teammates and assigning them duties.

2K Marin, developers of Bioshock 2, have been working on the title feverishly and aim to have a third-person squad based tactical shooter. It’ll be out on Xbox 360, PS3, and PC on August 20. Check out the live-action trailer below: