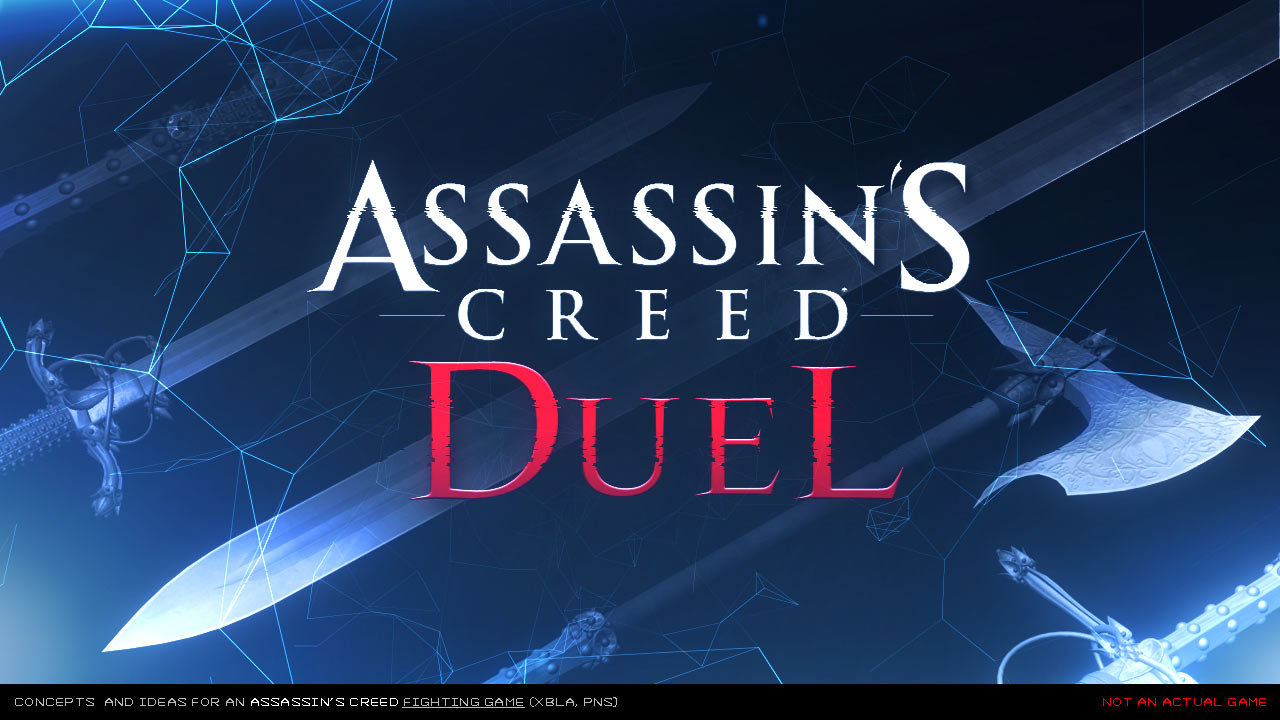 Update: Benoit has posted a comment below informing us that this work was done on his own, and was not commissioned by Ubisoft.

Original: Last year, we saw the release of Playstation All-Stars Battle Royale. The medley of Playstation characters featured in the title brought back a bit of nostalgia for fans, but didn’t quite nearly make the splash Sony may have wanted. It’s quite possible that Ubisoft’s Assassin’s Creed Duel never made it as an official title for fear of a similar fate.

The game was planned to be released on the Playstation Network and Xbox Live Arcade as what appears to be a 2.5D fighter. Characters from the Assassin’s Creed series were playable, but cameos from Sam Fisher, Jade, and a Raving Rabbid were also showcased. The images were were found on Benoit Perrault’s portfolio page listed under “projects”. The artwork quickly points out that it was “not a game”, but it at least appears that the game was strongly pitched but never made it far enough in the process.

What would you think about Ubisoft working on a possible Assassin’s Creed fighter? Would you have been interested in the game? Be sure to let us know what you think by leaving us a comment below, or discuss Assassin’s Creed in our community.