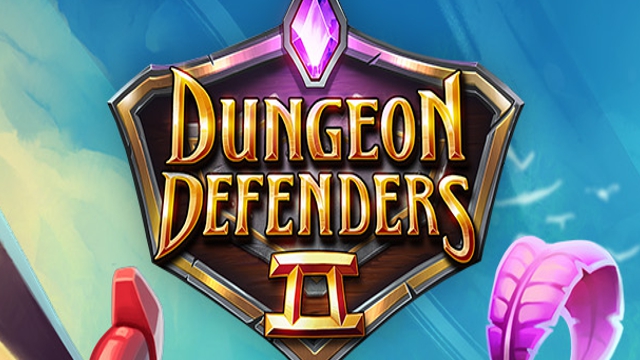 It was just days before PAX East that Trendy Entertainment announced a free-to-play sequel to the original Dungeon Defenders with Dungeon Defenders II. That in itself didn’t sound too crazy until Trendy mentioned that the game would contain a competitive multiplayer MOBA (multiplayer online battle arena) gametype. Then, when it came out that the mode would be playable on the PAX East show floor, I knew my weekend would be interesting.

As I walked up to the packed Trendy booth, I briefly spoke with Lead Community Manager, Josh Isom, about the team’s decision to go competitive.

“It just fits our style,” Isom said. “I mean Dungeon Defenders has always been about co-op, right? Teamwork is an integral part of the MOBA genre.”  And that it is; very rarely does one person alone win a MOBA match for the entire team.

Having played a good amount of the first game, I knew that at its core, the franchise has always been a loot fest. To continue that trend, even in the competitive multiplayer, you’ll earn loads of loot after each match. This isn’t exclusive to the MOBA either; every character and their individual loot will transfer between the two different gametypes. How this will work when it comes to balancing remains to be seen, but it’s something I certainly welcome. I play a lot of League of Legends and DOTA II, however, the skill level required for success in those games tends to frighten away new users. So where does Dungeon Defenders II stand in relation to those two titles? It’s hard to say right now.

There are some major differences between DDII and traditional MOBAs. The most apparent of these is the camera angle which is located behind the player, a variance from the typically seen top-down view.

“Up until four days [before PAX East] we were a top down MOBA,” Isom said. And with that transition came another challenge for fans of the genre: the control scheme. Since the camera is locked around the player, the usual movement keys (WASD) are used, which may throw fans of the genre a curveball. And because these keys are reserved for movement, casting is now tied to the 1-9 keys, which means some of your abilities and items will require you to move your hand; something hardcore players are sure to scoff at. I spent the majority of my first match just getting used to the control scheme.

Itemization has also been altered a bit. Isom and the rest of the Trendy team found that the stores in traditional MOBAs just have too many items. In an effort to combat that, the team has distilled items down into a single page consisting of potions, oils, essences, and wards. These all provide the player with benefits such as increased health regeneration over a small period of time, more damage output, and a slowing effect on enemies. However, these are one-use items unlike what we’ve all become used to. Once an item is used, it only lasts until your next death, meaning there is no spiraling out of control with one team getting fed or one falling incredibly behind. It could be an incredible balancing tool, but possibly at the cost of those incredible come-from-behind victories.

The good news is that these losses won’t set you back over an hour. Trendy is aiming to reduce the amount of time each game takes.

“Often, I’ll go home and want to play League of Legends but not have an hour to devote to playing,” said a member of the development team, “but I’m a fan of the genre and I want to be able to scratch that itch whenever I want.”

It’s certainly a welcome change, and part of that was reflected in the time limit that was put in effect at PAX East, with match times capped at 25 minutes. The strict time limit will not be a feature in the final product, but most games seemed to have been won before that mark was reached, which is certainly promising.

Now if you’re anything like me, you’re waiting to hear about some customization options. Once again, Trendy is looking to stretch the boundaries of typical MOBAs.

“Skins in League of Legends are cool and all,” Isom said, “but sometimes you want more, so we’re going to have multiple ways to change the way you look.” Whether that comes from loot at the end of the match, or if it simply comes down to a change in color through dyes, your champion will look the way you want it to.

The final product will be launching in two parts with the competitive mode currently in closed beta;  the cooperative side of things will enter beta late this year or early next year.

Trendy Entertainment can take pride in the fact that Dungeon Defenders II looks to be a genuinely different sort of MOBA.  Rather than just cranking out a sequel with minor updates, the team made the ambitious decision to expand its original idea and go in a different direction. Whether that decision pays off remains to be seen, but as for now, I can’t wait to get my hands on the game when it eventually hits PC, Mac, iOS, Android, and browsers.