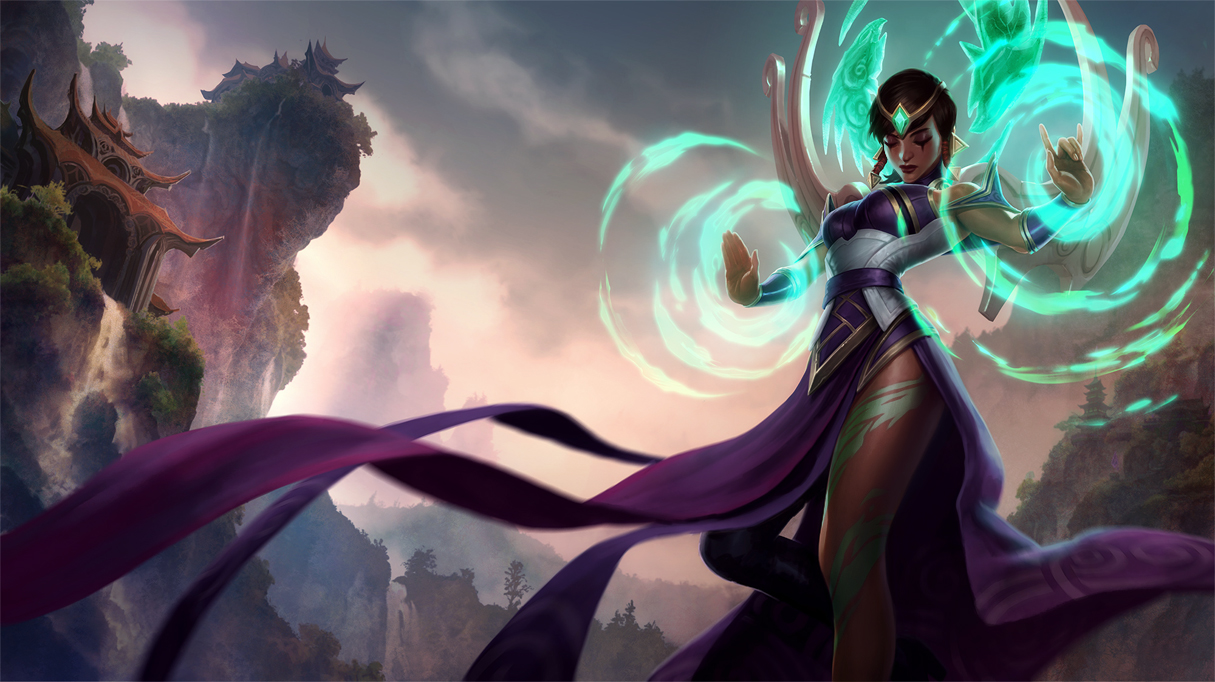 Apparently it’s already time for another League of Legends patch. Riot Games has been hard at work on the new Karma, Udyr, turrets, and as always items. It’s a really, really busy week. Prepare yourself.
Karma, the Enlightened One


Karma has been relaunched with updates to her model, her kit and her story. If you would like more information, you can read more here.

Akali’s Twilight Shroud was behaving inconsistently before this patch, so we’ve adjusted it to better match its visual and theme, and to provide greater opportunity for counterplay.

The previous version of Spirit of Dread did not offer enough opportunities for tactical decision-making. With higher cooldowns, our goal is to reintroduce strategic choices other than merely activating the ability whenever it is available.

Rumble’s ultimate was intended to be an area control effect but, with the large upfront damage it deals, it tends to be used more as a long-range nuke instead. With this patch, we’re adjusting The Equalizer to better match its original intent.

In this patch, we’ve made some substantial changes to Udyr. Our goals were to make changing stances feel more impactful, transfer power from passive stats to actual noticeable effects and reduce problematic lane issues. For example, Turtle Stance currently allows Udyr to become an immovable object in lane once he gets ahead, and we want to address that.

You still with us? Good, we thought that we might have lost you. It’d probably be best if you commented below to let us know that you’re still alive.