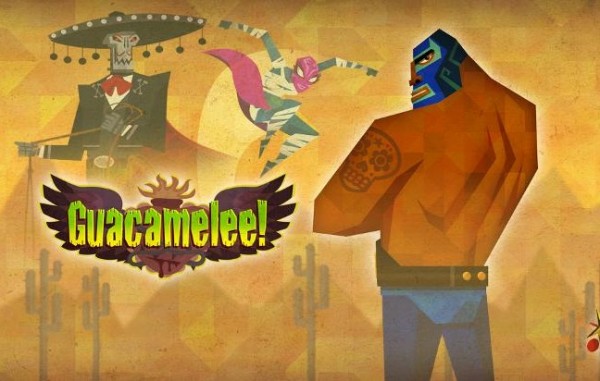 DrinkBox Studios made one of the must-buy PS Vita experiences last year with Tales from Space: Mutant Blobs Attack. You can add a new title that looks even better with their upcoming Guacamelee! and you’ll be able to nab it soon.

On the PS Blog, DrinkBox announced it’ll be out on April 9 for $14.99. Since it’s both on PS Vita and PS3, it supports cross-buy so you’ll have it for both systems. It also has a Platinum Trophy and you’ll be able to use the PS Vita as a map while playing the game on the PS3, similar to the Wii U’s GamePad.

Guacamelee! stars two luchador wrestlers out to save their world on the Mexican Day of the Dead. It’s a brawler mixed with re traversal elements (Metroidvania is the popular term here) but it also has a world shifting dynamic. You’ll be switching from the world of the living to the world of the dead in order to see platforms or cross chasms. It also has two-player support for the entire game so you’ll be able to co-op with a buddy. Check out the launch trailer below:

This was in my top 5 for Indies of 2013 and with great beautiful reason. I’ve seen the game before it was even announced on a platform back at Gamercamp 2011 and it’s only improved since then.

Let us know in the comments if you’ll be picking this up or post in our forums.